Now that this project is finished I can get back to making jewelry.

The story of is told by four authors: Tara Kelly writes of the early
Celtic Revival manufacture of facsimiles of medieval Irish metalwork
in Victorian Dublin and how the success of that enterprise lead to
historical Celtic jewellery to become iconic symbols of Irish
identity.

Mairi MacArthur tells the story of Alexander and Euphemia Ritchie
who created the foundation for modern Scottish Celtic jewellery on
the Isle of Iona in the early 20th century.

Aidan Breen, himself a pioneer of the late 20th century Celtic
Renaissance, recalls his career beginning with an apprenticeship
with Dublin silversmiths which trained him in the traditions of the
older Celtic Revival.

Stephen Walker, craftsman and collector, brings the story together
as it spans 150 years, from Scottish pebble jewellery to the
innovative modern Celtic creations of the Arts and Crafts Movement. 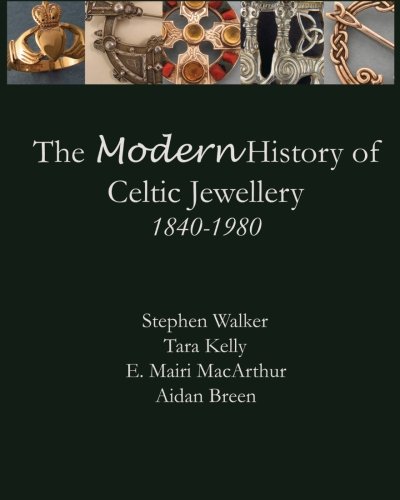 Congratulations on the completion of what appears to be a seminal
book on celtic jewels! A job well done.