I made a bola tie that I plan on keeping for myself. In my pre-sterling silver days I made quite a few out of nickel silver and always used those stainless or nickel spring tension do-hickeys epoxied on to the back. Now having gone all sterling I’d like to make more heirloom pieces and that includes the clasp. I read a lot of old posts on the subject and some seem to have had the experience that the old sterling figure eight led to slippage of the bola and wear on the cord. I do like the look of the bennett and see a lot of the original C-31’s on vintage pieces; however, I really don’t like the look of the current stamped ones available. I ordered a few and they’re rough, ugly, and really bite into the cord. Two questions:

Does anyone know where to buy quality bennett clasps?
Has anyone ever attempted to make a bennett out of silver by taking a stamped piece and flattening it out to make a template?

My only concern with making one is those little pivot ears are really small, and I’m concerned they’d wear off in short order. Maybe solder a piece of heavier nickel silver wire to the flap to make the pivot ears? 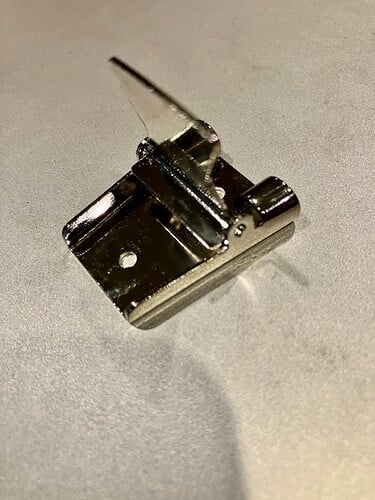 I have made a few Bolo Ties over the years. I even wear one from time to time. I am not sure if Rob ever does but our father made many and while I inherited many of the lever clasps shown in the picture I never knew Dad to ever use one. I would suggest this option to buying commercial clasps. 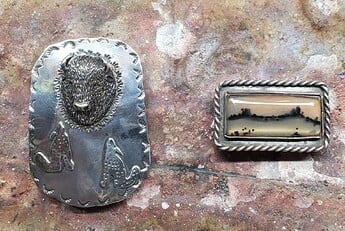 These are two of the ties he made (from my collection) the one on the right is Hallmarked but not dated. I believe this came from very early in his time at the bench. The Buffalo Head was made in 1994. 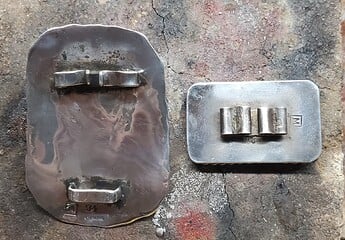 His typical backs are as shown. Simple but very effective. 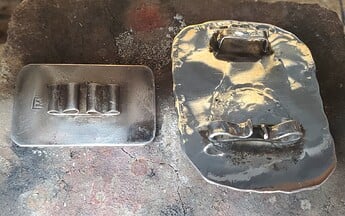 Dads Bolos 3 Better Angle1920×1203 305 KB
As you can see they are a simple friction fit. My Bolos have always been a bit of craziness and I would put odd things together and wear them in one of the Bands I was in over the years. 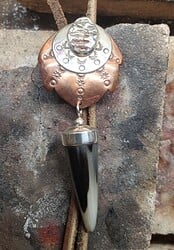 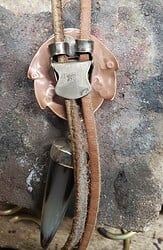 As you can see that piece of polished horn is pretty big and I thought the commercial clasp would need to be stronger. But it was un-necessary. And the tie itself is a simple latigo thong. This is the only one I ever made with a commercial clasp. The others were just like Dad’s. I made them out of 20 ga. I did try to saw out a clasp like this commercial clasp. Easier than it seems it would be. I would use 18 ga. sterling plate if I were to do it again.

The nice thing about the clasps that Dad used is they are easier to fit to smaller Bolos.

Good luck with your project. Maybe I’ll put a Bolo out at I show I am doing next week end.

Thanks Don! I remember seeing a couple of your dad’s bola’s on old Bola discussions. The one I believe was from the forties and looks like picture jasper, and the other started out as a piece from bagpipes? Anyway, one of the old posts (97’)from a gal named “Nina” mentioned a placed called Myron Toback in NY where she purchased sterling silver “clips”. I took a chance and went internet surfing and look what I found!. The only problem I have is interpreting if this can be used as a bola clasp; it has no description whatsoever. I did hammer out flat one of the commercial bennetts today to create a template and it’s made of 20g stainless. I believe you are right, I would need at least 18g to make a sterling bennett. I let you know how things progress…thanks for the feedback! 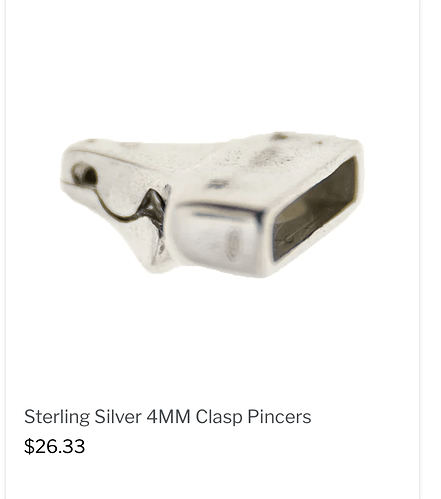 Firstly I would think that Rio Grande would be a good source. Did you try there? But I did search around the web and found this site. They show Bennett clasps in their catalog.

If Rio doesn’t have them try Rocky Mountain Western.