I know that a butane torch isn’t the best type to use to solder
metals, but I’m just starting out and don’t have the room at home for
a propane/ acetylene/ oxygen setup. This fall I’ll probably take my
second metalsmithing class, but I want to solder small items at home,
mostly jump rings, and it seems that for my purposes, a small butane
torch is best. Does anyone have an opinion on which butane torch
would work best for me as far as accuracy, temperature and fine tips?
Any other considerations that I haven’t thought about? I’ll have good
ventilation.

Nonsense! they are just fine for small soldering operations, in fact
many schools are now using them. I love the Bernz-o-matic ones with a
removable base. They are about 25$ US at most home stores. There are
some smaller models that they make- all trash - but the hand held all
black ones are great- yo can adjust the O2 intake they last years and
are easily refillable. There are a number of threads in the Orchid
archives on this very topic over the past years. I suggest and
recommend that you look there also for others recommendations. I
repeatedly advise students and friends to get the bernzomatic model
though as its consistent, cheap and one can melt small amounts of
metals (not platinum however) with this model of which I speak as
well as performing various studio tasks from soldering and annealing
to filigree work to small direct casting/pours.

I dislike the blazer kitchen torches as they don’t hold up as well in
my experience. One thing with any butane torch and melting metal is
to remeber that the housings being plastic are affected adversely by
the reflective qualities of fused silica (white) crucibles and the
tip (burner) on any butane torch that is hand held can melt if the
heat is concentrated for a long period of time: if your ounce of
silver has not melted rapidly in a glazed crucible after a couple of
minutes the pieces should be cut smaller, and an appropriate amount
of flux or rectifying flux (powdered charcoal and boric acid) should
be added to the crucible to melt quicker. For soldering the heat is
not applied long enough to affect the torch body.

Thought the bernz-o-matic’s are far cheaper than the blazer’s they
are generally more available and have all the attachments affined to
metalworking and other crafts that the blazer’s- intended for kitchen
work- do not, even the ability to attach a hot knife blade and cut
through moulds rapidly (though be aware of the kerf from the blade if
a tight fitting mould is critical to your desired operation. Recently
there was a discussion of Castaldo’s “Liqua-Glass” material: it is
ideal for cutting apart with this blade- just be sure to have
adequate ventilation and wear an appropriate respirator when you are
essentially burning any compound, resin, silicone or other chemical
based material). rer

Does anyone have a model number for this torch…

I had a Bernzomatic that kind of reminded me of a large screwdriver,
and worked fine for about two years…until it leaked…Lot of
expletives and dancing around…

The other thing, is that if the store does not have that exact
torch, maybe I can get it on Amazon or some place…Or have the store
order it…

R.E.-- Thanks for the info…maybe I can run it down from your
description…[G]…!

But if anybody has the model number, I would appreciate the info…

I just got the August issue of Lapidary Journal Jewelry Artist in the
mail and it contains a good article on micro torches. It discusses
the different brands as well as the advantages and disadvantages of
them. I have a Bernzomatic that works a treat and is fine for what
I’m doing now. At some point I want a bigger torch but I haven’t
figured out which one yet and don’t really have a huge need for one
at the moment. It helps that I’m a big fan of cold connections
though.

I have recently started to use a butane torch when I don’t want to
light up my Little Torch. It works quite well when I have the silver
piece very hot-- it helps the solder flow with less heat from the
torch. What has been especially helpful is to heat the piece
beforehand in a small, beehive kiln (if you happen to have one, or
can get one–much less expensive than= a regular torch set up.) I
have been able to solder findings like pin ba= cks onto my heavier
silver insect pins.

I have had a Bernzomatic torch for about 15 years. The model that I
started with is no longer made but it is similar to “BZ8250HT Trigger-Start Hose Torch

”, which I found on their website. It runs on propane
and air The other torch that I have had for about 15 yrs as well is
the GB 2001 MICRO TORCH

from Blazer. High quality and still works
very well. Runs on Butane and air Both of these torches were the ones
that I bought when I first started out working with silver. They are
very good tools, but have limitations. Main limitation is heat. They
are good for working on small size jewellery pieces i.e. rings,
earrings and small brooches. They do not have enough heat output for
working on larger pieces.

I have moved to a Smith Little Torch, Oxy Propane and have found it
capable of handling most of my current needs, but still occasionally
use the Blazer torch for small jobs. Stay away from the inexpensive
i.e. $9.99 or less plastic copies of the Blazer torch. I purchased a
few and they are essentially useless. 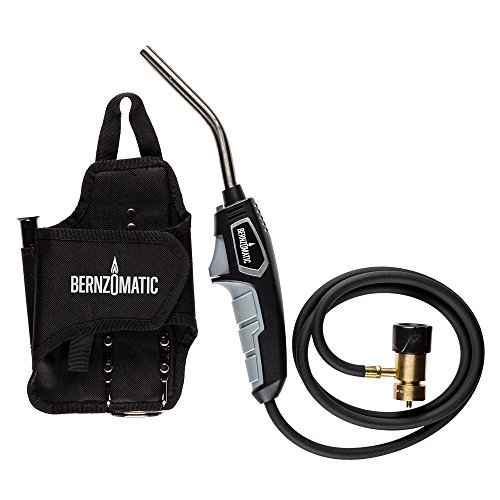 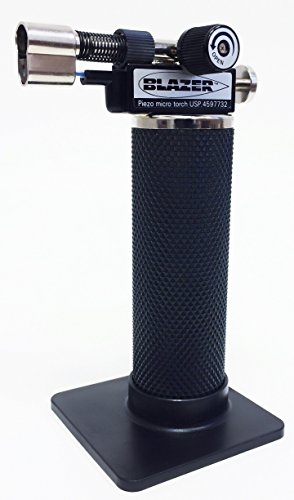