Hi,
I have been considering getting a belt sander…to make/ modify steel tools…for cleaning up ends and edges on wood pieces to be used as dapping blocks or other tools, tool holders, etc, small planks for storage type projects…2x4”, 4x4”…1x6”…small lengths…

my question is: i do not quite understand what belt length would be best for me…there are many different lengths of belts…

what other considerations go with choosing belt length…and width for that matter…?

How large a belt sander are you talking about? Jewelry grade? Woodworking?

Longer belts might last longer, but likely they will cost more, too.

More important, can you get the grade of abrasive you want for the sander? You can get very fine belts for the Wolf sander, while you can get only very coarse (for jewelry use) belts for a Harbor Freight sander of approximately similar size.

I have both the Harbor Freight and Wolf sander and rarely use them making jewelry. I do use them to make tools. That is not because they don’t work. They work fine. The HF sander at $59 is a deal. I find myself doing most of my sanding and grinding on a 6" diameter rubber expansion lapidary wheel with various grit belts. The main reason is that I can quickly change the grit of the belt and it is water cooled, so I don’t burn my hands…Rob

so I don’t burn my hands

some of the things i was thinking of doing would be cleaning up hammer faces, and other steel tools…i have a grinder…i was wanting to go finer grit…perhaps 320, 400, 600, on up to 800-1000…i think tripoli-like graystar pre-polish is around 800 grit (?) and i can hit them on my polishing lathe after…

and then i find myself hand sanding edges and ends of wood…i was hoping to make quicker work of that…(if i had a bandsaw, my cuts would be straighter and i would have less sanding clean up…!)

i have a wolf belt sander that i like very much, i use it primarily for flattening sheet- type surfaces (1” or less).
(i dont like to grind/ file/ saw/ sand steel in my studio…) 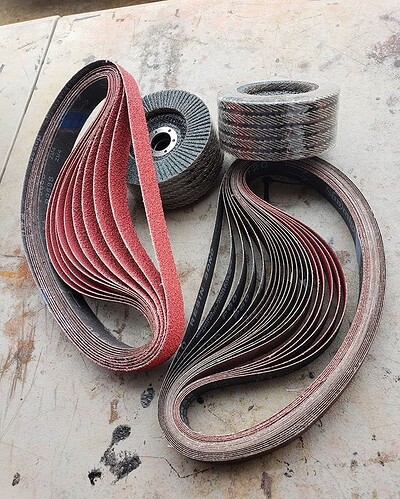 Learn about getting the most from your sanding belt with the help of this short guide. Find out the ways that you can use sanding belts in your workplace to maximize productivity. 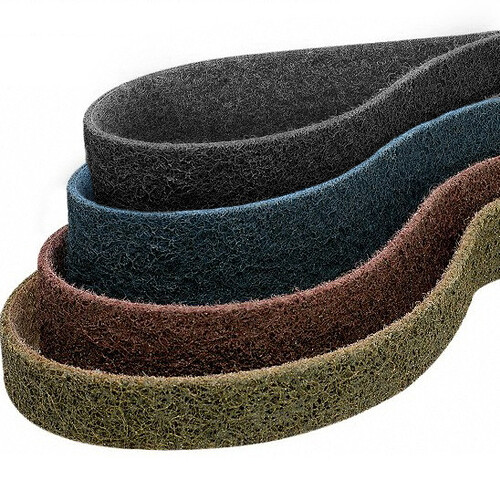 On a related note, how cute is this?! 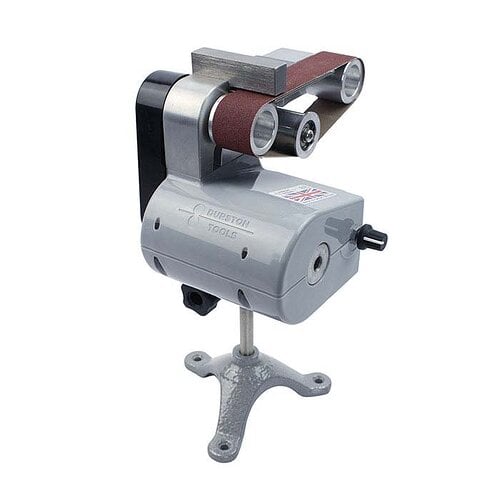 …i used to wonder why it had all the stupid clothes on the other half of it​:rofl:)

One more advantage to using a water cooled wheel is that the precious metal dust is wet and easily collects in the tray. I dry this out, scrape it up and send it in to the refiner along with anything else that I am having refined. You would be surprised how quickly it adds up. There is grit from the belt mixed in, but that is the refiner’s problem…Rob

I like the idea of a self powered belt sander - but the Durston only has a plate under part of the sanding belt unlike the wolf/ikohe. It’s an easy mod to add a longer plate, but at $400+ it should be right to start.
Judy h

I have The Harbor Freight Belt[1 1/2"] / Disc Sander [6"] and it is one of those things that is perfect for the things it s perfect for. I think I regard it as a faster file for dressing the ends and sides of jewelry. But I use it mainly for sharpening chisels and shaping punches. The needs Julie describes are more like those using a wood workers tool like a Jet or delta 4" x48" belt sanding station. HF has something like the larger sanding station but I think smaller would work and I suppose it is adequate for the task she describes.

I think one of the biggest things, is what space do you have?
Next, size of material you’ll work on.

Longer belts, run cooler, therfore, last longer. 2x72 is used commonly in garage knife makers. I want one, i don’t have the room. I do have a 1x30 (the Harbour Freight type), that works pretty well. Many, many belts available for it, different types, the cheap ones are very cheap. Many different brands: Princess Auto, Harbour Freight, King, Wen, they’re all basically the same, around the same price. Some come with a sanding disk on the side, extra nice.

But, for 2x4’s and 4x4’s you’re looking most likely at a belt that’s 4 inches and up, and those, tend to not work well for more close up, small work like hammers. Might also have trouble finding belts meant for metals, and in the grits you need. I mean they exist, but you’ll probably be paying a pretty penny.

If you’re handy, there’s lots of plans out there for 2x72 belt sanders. With a variable speed motor, you can do wood on them too, and lots of belt types available.

There’s also lots of designs for combination grinder/belt sanders; as well as buying them.
Names i found: magnum industrial belt sander/grinder, grizzly G1015 knife sander. These give you a grinding wheel on one side and a belt on the other.

Was that too much? I hope something useful was there.

rmeixner, could you say more about the water cooled lapidary wheel? May be a link to a product? I’m having trouble envisioning it. Thanks!

Go to the following link at Rio Grande and try other suppliers like Kingsley North. They all carry belts in various grits. You will also need a motor driven arbor or lathe to attach it to. Let me know if you need any more help and/or pictures of my lathe…Rob 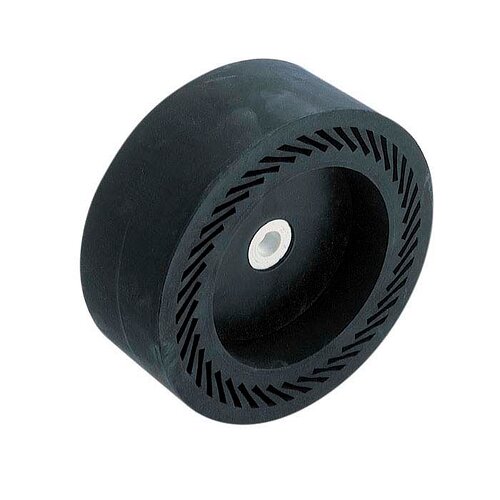