Can anyone remind me what the source or name was of a beautiful
C-shaped saw frame someone showed in a photo? I looked it up at the
time but now I can’t find it.

It was one featured in this months Jewelry Artist magazine.

You will be put on a waiting list, as they sell out immediately.

Not associated, but I love mine.

You’re thinking of the GreenLion Studios saw frame at
http://www.ganoksin.com/gnkurl/ep815n

Gorgeous. But hard to get, they sell out so quickly.

I tried to order but they make them in small batches a couple of
times a year. They made a batch in February, sent me an email they
were available, I ordered immediately but 100 people on line got
their orders in ahead of me.

For orders for the Green Lion jewelry saw:
http://www.ganoksin.com/gnkurl/ep815n

Hi Noel. It is called a SOBA One frame invented by BJ “Soba” Johnson
(Sobaone.com) and is featured under Cool Tools in The March 2014
issue of Lapidary Journal. Such a beautiful design. I want one too!
There is also a writeup on the Kevin Potter USA frame - it is pretty
neat looking too! Cheers, Karen

True, it’s a beautiful saw frame, but if that top wing nut hits the
piece you’re sawing, it could be disastrous.

I am not one for making my own tools, I think it is crazy to spend
the time.

Most of us have the tools it takes to make a saw frame and what
great practice it would be using taps and dies for the screws. So how
about a saw frame design exhibition. We set a time limit and it does
not need to be practical just functional.

That is a great idea Bill… after all. we are metalsmiths and we can
make our own tools. A saw frame would be an interesting project for
an exhibit of some sort. It could get pretty wild…practical
verses impractical. Kinda of like the age old arguement of craft
verses art. Always a fun conversation! And now. I will find an
undisclosed location…

I’ve been thinking about making a saw for a while too. Count me in
I’ve been needing a challange

OK, I spoke too soon about the Green Lion saw frame, and I
apologize. There are, in fact, no plastic parts, the black fooled me
at first look but it is all steel. Second, there IS enough flex to
tension it just fine, to my surprise. It feels very solid and stable
while sawing, possible because it is as rigid as it is (even more
rigid than my aluminum Knew Concepts, I would say). It feels quite
nimble even though it is heavy, as saws go-- my ordinary standard
frame is 5 1/2 oz; my red aluminum Knew Concepts is 4 1/4 oz; the
black Green Lion (SobaOne) saw is 7 oz.

I have used it only briefly this morning. Only routine, longer use
will tell how I like it compared to my Red Saw, which I LOVE.

I love this idea-- a sawframe challenge. The saw is probably my
single favorite tool.

I emailed the folks at Green Lion (not sure there’s actually more
than one, truthfully, after looking at the site) to tell them I’m
going to be doing a webinar for Interweave Press on saws and sawing
in April, and I’d love to include this beautiful saw. BJ Johnson was
kind enough to send me one-- it arrived yesterday. I’ll be trying it
out today.

First impression-- it is just as pretty as its pictures. It is,
however, very heavy. It is very very rigid, so it may not be possible
to get the blade tensioned properly-- no flex, and no tensioning
device. Also, the thumb screws are plastic, so I’m not sure they’ll
hold up. More after I’ve tried it!

I think someone was saying there is a function for the hooks top and
bottom-- I found nothing on the Green Lion site. Remind me, anyone?

I suppose it’s not entirely fair that I chime in here, but you can
count the titanium birdcage KC saw as my entry.

On the other hand, I’ve been threatening to make a 'steampunked’
version of our power saw for a couple of years. (In my copious free
time.) I’ve got a couple of rough sketches of a thing that uses most
of the same parts, and works exactly the same way (as far as the
blade is concerned) as the current one, but looks totally
different. Different frame, different cable guide system and drive
pulleys. All the big, visible stuff.

One of the things that bugs me about steampunk is that most people
just take a static prop, throw a bunch of gears on it, and call it a
frambulator.

If you can ‘read’ machines, it’s instantly obvious that whatever it
is doesn’t do anything. My goal with mine is to keep in mind the
way Victorian engineers really did think about design, and make the
thing work. More-or-less the way they would have. (Although I’m
not going so far as to do a steam powered saw.) (Come to think, the
reciprocal action of a steam engine would be just exactly right.
Hummmmmm…)

I think that is a great idea! I wonder if a bronze saw frame would
work well. Hmmmm. Only one way to tell. =) 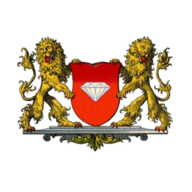 Hi Alberic the breakthrough with steam powered belt driven machinery
was making the belt into a mobius strip.

Both sides then one side.

It would have to be fairly heavy, and would depend on the bronze
alloy you used.

I just got a flash of what mine could look like. Quick, gotta draw!!
Titanium and silver, of course.