I’m full of questions today. It seems that in this field, I need to
know more about chemistry than what little I can recall from high
school. Can someone recommend a basic layman’s chemistry book that
will help fill in the gaps in my education without making my brain
bleed?

That’s really a tough question - The field is so vast, and nobody but
you knows what you already DO understand. I find these sites very
useful, though. http://lii.org -Librarians index to the internet -
click on science, and then chemistry. http://www.chemweb.com -links
page. And http://www.geocities.com/mikelscott/103.htm - a very large
links page. And lastly http://web.mit.edu/3.091/www/pt/pert13.html
The last is the periodic table - you can click on the elements and go
to pages and (somewhat) more. I’d say just follow your
own nose through those

When it comes to chemistry, we may all be cerebral hemophiliacs. It
sounds like you are a person that wants to know why rather than how.
I have an Uncle with an 8th grade education that "doesn’t think
book lernin has any use in the real world. He crawls over old cave
ins in our family gold mine with his fanny scraping the ceiling. He
knows dozens of assay proceedures step by step without a clue as to
why.

I was going to recommend a copy of the possession I have owed longer
than anything else I have: The Golden Book of Chemistry Experiments

. However, it has been out of print for over 40 years
and sells at Amazon.com

for $187.50 It still wouldn’t give you
everything you want to know. Instead, I will make a few
recommendations in order of what I think is important then give you
some basic chemistry facts.

Cheap and easy: Barcharts.com look under periodic chart and
chemistry. The periodic chart is inexpensive and essential no
matter what level of chemistry in which your are intrested. When I
purchased mine, they were only 3 or 4 dollars apiece.

Basic nomenclature and practical Get a college general
chemistry lab book (not text)…it lists various ions and naming
conventions like the difference between sulfide, sulfite, and
sulfate. Solubility of ions is important and should be included
too. The chemsitry text books are not nearly as specific about
properties as the lab book. Good lab books are by no means just
comprised of experimental proceedures. They don’t have much about
theory but are full of the kind of stuff that you encounter when
reading about chemistry as it applies to jewelry making. They are
usually quite a bit less expensive than text books.

available
thru Amazon.com starting used at about $12.00

by
Professor Doctor Erhard Brepohl translated by Charles Lewton-Brain.
It includes chemistry, physics, engineering and far more. It is
more technically comprehensive about our field that any I have found
so far. Available thru Rio Grande.

Finally, if the purchase of gold, gemstones and exotic tools has not
emptied your savings account, you can purchase the Merck Index. It
is an essential reference for chemists, giving physical properties
such as density, melting point, solubilities, etc for over 4,000
chemicals.

Now for a couple of essentials about theory; remember, our brains
are not really capable of directly knowing what really happens on
the electronic or atomic level. The best we can do is build models
that explain things well enough that we begin to be able to predict
what will happen. As we learn more, our models change. Usually
just a little but sometimes dramatically. The model I am presenting
here is simplified:

First chemistry is about the interaction of electrons. Attraction
between electrons is what holds atoms together. Attraction between
negative charges you say? I thought negative charges repel one
another. Yes, they do. But electrons spin giving them a magnetic
field with north and south pole at the axis of spin. Electrons
merely need to align with one another such that north pole is close
to south pole to achieve a magnetic attraction for one another. You
can think of an electronic bond like the ping-pong ball balanced in
the air stream of a vacuum cleaner exhaust hose. Lifted up by the
air but pulled down by gravity. The ball remains balanced between
the two forces. This magnetic attraction is so powerful that in our
everyday environment, electrons are unable to remain unpaired for
more than a fraction of a second. (we will skip plasmas)

Now that we know that electrons are attracted into pairs, we need to
discuss how they are arranged around the positive nucleus of the
atom. Electron pairs have no attraction to one another. The strong
negative charge of the pair repels other pairs while being attracted
to the positive nucleus. Think of the nucleus as the baggage claim
area at the airport. Everybody (electron pairs) wants to get up
close until there is no more room at the conveyor (nucleus). Then a
second tier of passengers begins to form behind the first tier.
Think of these tiers as electron orbitals. When there are only a
few waiting passengers, they have a lot of room so don’t really need
to compete to stand so close. When the tier is nearly full, they
all need to stand close to keep their spot. The competition of
electron pairs for the positive nucleus draws them in very close as
the orbital fills with electrons.

Now that we know about the forces that cause electron pairs and the
forces that draw electrons to the nucleus, can talk about how they
pair into two types of chemical bonds: Ionic and Covalent. Ionic
bonds form when an element at the far left with only one or two
electrons drifting in large orbits around a nucleus find that they
can get much closer to a nucleus by attending to one of the compact
crowded atoms with just a little space remaining in the orbital (far
right of the periodic chart).

The ionic bond results in some atoms with more electrons than
protons and some with less. These ions have a positive or negative
charge. Since positives and negatives attract, positive atoms are
attracted to whatever around them has a negative charge.

Closer the the center of the chart electrons with unfilled orbitals
don’t have such a strong preference as to which atom go with. You
might say they switch back and forth in complicated molecular
orbitals. All this switching keeps the parent atoms involved with
one another rather than interested in whatever opposite charge that
comes along. These are called covalent bonds.

Borderline cases are called polar covalent bonds; the atoms stay
together but one or more pair of electrons stay closer to one atom
than the other. The most important polar bonded substance is water.
The negative oxygen can attract positive ions while the more
positive hydrogen can attract negative ions. This is what allows
ionic substances to dissolve in water. Examples: Sodium chloride,
calcium chloride, potassium hydroxide etc. (your lab book will list
important ions.) Metals typically form positive ions if they can
find some source to impart a positive charge such as the positive
hydrogen in acids. Some metals form positive ions easier than
others. (we won’t get into the electromotive chart except to say
that it can give you a clue as to how easy and what it takes to give
a metal a positive charge so it will dissolve in water.)

Think of an ionic solution as a soup of all the different ions that
are dissolved in it. The ions drift around not caring which
opposite charge they are affiliated with at the moment. As you
evaporate the water out, the atoms will pick an opposite to settle
down with but are not too picky as to which. If you dissolved some
sodium chloride in water along with some potassium iodide, then
evaporated the water, you would get some sodium chloride, some
potassium chloride, some sodium iodide, and some potassium iodide.

So how do we sort thing out in an ionic solution? There is a thing
called a double replacement reaction that can get various ions
together. There are three things that can get one ion to form a
lasting relationship with another ion. (I feel like I am beginning
to sound like a marriage counseler)

First is formation of a gas that passes out of the liquid. Hydrogen
chloride is a gas that when dissolved in water forms hydrochloric
acid. H+ and Cl- wandering around in the water. Now if you were to
put some Sparex in the water with some table salt, you would have a
soup that contained some H+, some Cl-, some Na+ and some SO4-- plus
perhaps a little HSO4-. (The signs on the end indicate charge) I
would expect you to get a little of the pungent smell of hydrogen
chloride evaporating out of the solution. Given a perfect ratio of
ingredients, you would eventually be left with a solution containing
only sodium sulfate.

The second thing that drives a double replacement reaction is formation of a
precipatate. Here is where the solubility rules from a college lab book are
important. For instance, there are three chlorides that are insoluble in
water. Lead chloride, mercury chloride, and silver chloride. Say you had a
solution of silver nitrate and added some table salt (sodium chloride)
Silver chloride would precipatate out leaving you with sodium nitrate in
solution.

The third thing is formation of a covalent bond. The classic
example is the reaction of an acid with a base to form water plus a
salt. HCl plus NaOH (hydrochloric acid plus sodium hydroxide also
known as lye) form H20 (water) plus NaCl, table salt.

The final thing I have time left to write about this morning is more
about polar bonds as related to weak acids and bases. Strong acids
and bases are ionic substances that undergo nearly complete
dissociation in water. That is they dissolve completely into
constituent ions. Weak acids and bases are polar covalent
substances that will dissociate into ions if the attraction is
strong enough. Vinegar is an example. As it dissolves in water,
there is more and more competition for the polar sites on the water
molecule. As the competition increases, the incentive to dissociate
decreases. It ends up partially in the covalent state and partially
in the ionic state. Various weak acids have various ability to
dissociate in water. I expect that Sparex would be stronger that
vinegar because it is fairly easy to tempt the hydrogen from the
sulfate.

The chemistry of solutions is probably the most important thing for
you to learn as far as applying chemistry to our craft. Hopefully
this helps. If you have additional questions in your readings,
contact me off of Orchid. While I am not a professional chemist, I
do remember a little from my college days.

Howard Woods
In the beautiful foothills near Eagle Idaho 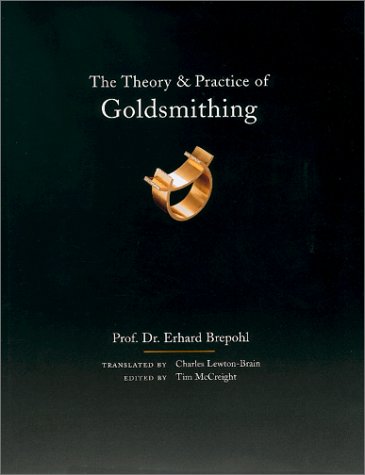 Theory and Practice of Goldsmithing 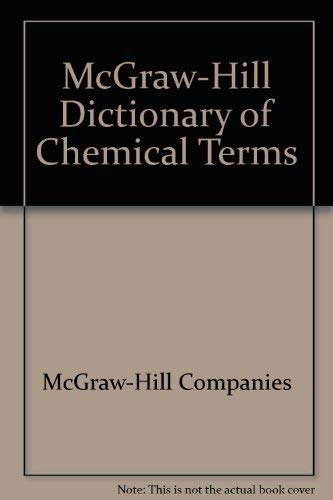 ” Originally in German from Prof. Dr. Erhard Brepohl,
the standard training text for goldsmiths in much Europe and
Russia. It has been translated by Charles Lewton-Brain and edited Tim
McCreight with the full help of Dr. Brephol.

There is more metal structures, chemical and goldsmithing
than any other book I have seen. You can get it almost
any major book store for $70 dollars.( Borders, Amazon…) You may
want to try your library so you can look it over first as its
usually a special order at the stores.

Theory and Practice of Goldsmithing