Andrea Cagnetti, also known in the artistic world as Akelo (Corchiano – Viterbo, 16 March 1967) is an Italian goldsmith, designer, and sculptor. He is known for dedicating himself to the research of the ancient techniques used in metalworking.

After having obtained a diploma at the Ronciglione State secondary school with a concentration in scientific studies, Akelo transferred to Rome, where for several years he worked as a graphic artist while continuing to pursue his in-depth studies of texts and documents relating to ancient goldsmithing, metallurgy, and alchemy.

Combining this theoretical understanding with extensive experimentation on materials and techniques, the artist now entirely devotes himself to creating gold objects and to making sculptural objects out of gold, bronze, and iron, using the artistic name of Akelo (from Achelous, Greek god of the waters).

In 2010 the artist created the bronze sculpture "Hope" for the Robert Bresson Prize given every years at the Venice Film Festival.

The works of Andrea Cagnetti have been exhibited in many national and international exhibitions, and have caused a sensation in the media throughout the world. In fact, numerous publications, reviews and television appearances have been dedicated to him, which highlight not only his talent and his stylistic originality, but also the value of his research.

In the last few years, some of his pieces have been acquired by important museums and private collections.

Andrea Cagnetti lives in Corchiano, where he also writes scientific articles on the techniques used in ancient goldsmith.

HOEDUS II (Pendant)
1996
Marked 900 within a cartouche and 72 VT within a second cartouche.
Now in the Newark Museum - Newark, New Jersey 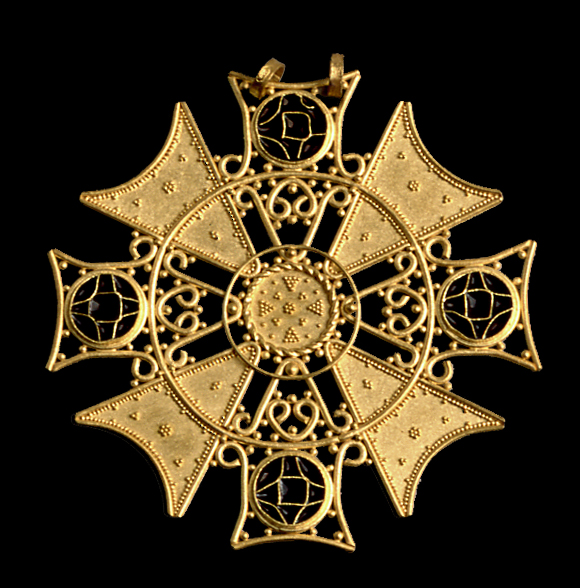 SEGIN (Box)
2009
Marked 900 within a cartouche and 72 VT within a second cartouche.
Signed on lid with the inscription (in granulation): Akelo 09
Now in the Museum of Fine Arts - Boston 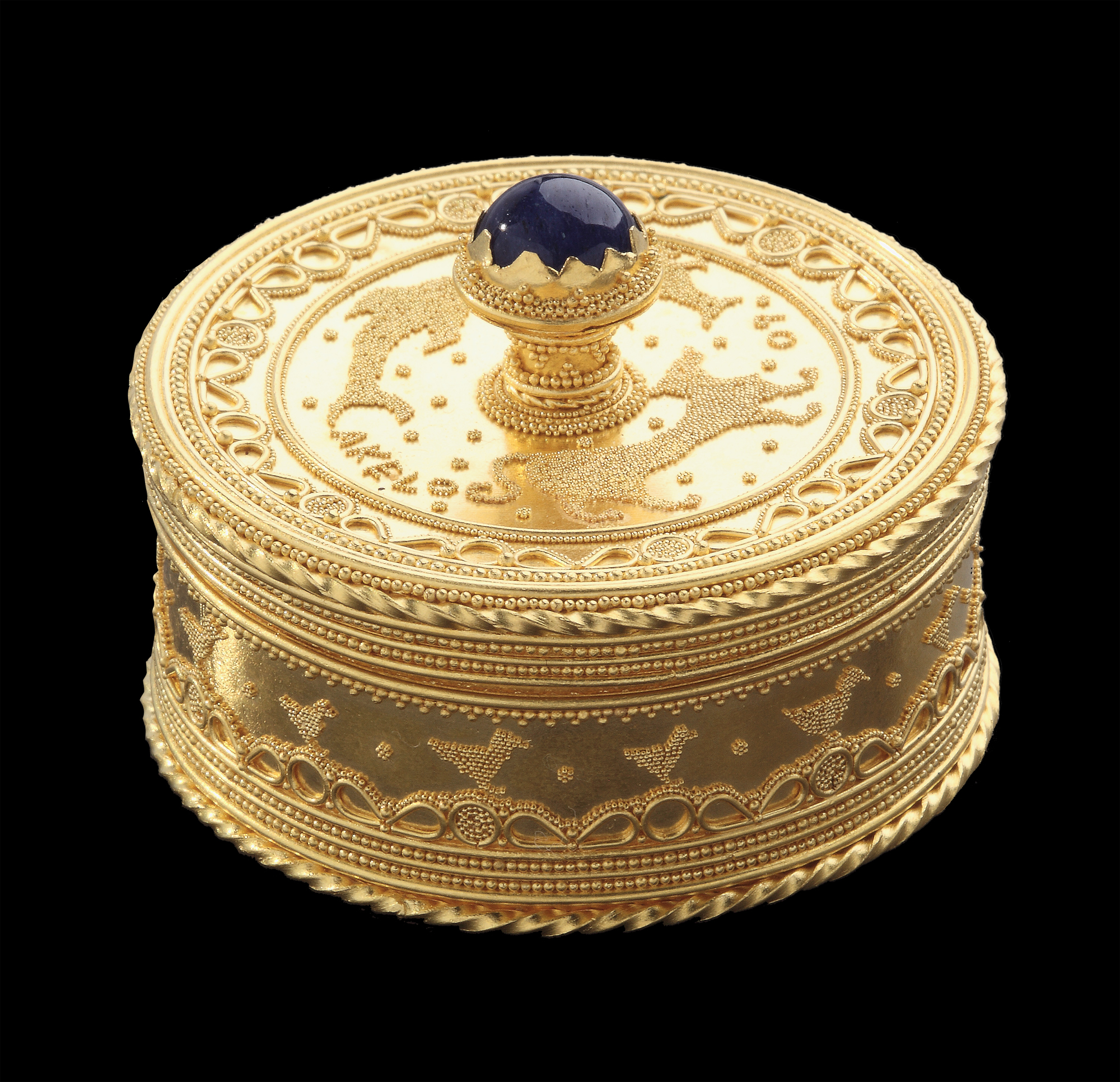 DHENEB (Necklace)
2004
Marked 900 within a cartouche and 72 VT within a second cartouche.
Now in the Museum of Art and Archaeology, University of Missouri 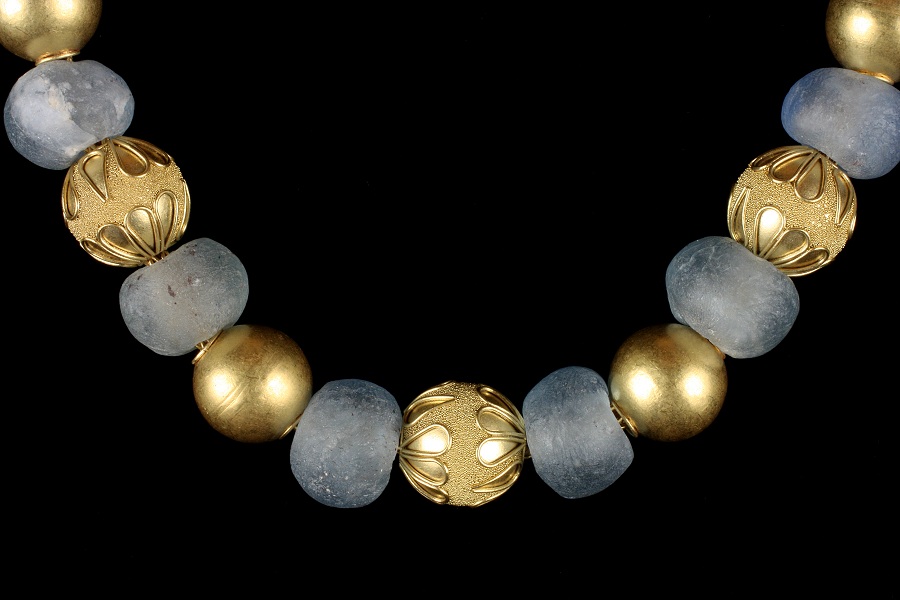