Susan Kingsley published an excellent article on the true price of
gold (i.e., spot+environmental damage+human suffering and
exploitation) which is posted on Ganoksin here- 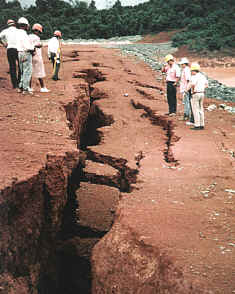 Gold is the ultimate paradox but it is also a commodity and a costly raw material with a fluctuating price. Read for more discussions on the price of gold.

It begs the question, where can clean gold be obtained?

One way to avoid subsidizing the ills of the gold mining industry is
to use recycled gold, and I have had success using gold purchased
from pawn shops for this purpose. Most pawnshops take in gold items
which are not suitable for resale, e.g., rings which are engraved
with a personal message, items which have been damaged, etc. If you
are interested in doing this, I will pass on the tips which I got
from a local goldsmith-

1). Don’t buy chain with the intention of melting down and reusing.
Most chain contains too much solder, and the impurities from the
solder can give you problems .

2). If you buy for fabrication, buy rings, and heat them up to
annealing temp before you use them. This should make the solder join
on the shank visible. You can then saw through the shank at the
solder join and eliminate most of the solder, giving you clean 10K or
14K to work with. The small amount of solder in a ring will probably
not give you problems if you are just going to melt it down and cast
with it.

Still, I don’t know where to obtain 100% recycled 24K, and I would
like to find a source, as it is nice to be able to alloy colored
golds and high karat golds. Can anyone reccommend a source for clean
24K?

It begs the question, where can clean gold be obtained?

The trouble with this approach is that when you use gold that has
not been newly mined, sending it to the refiner or refining it
yourself, what you’re in effect doing is removing it from the supply
of scrap gold that would otherwise enter the market via some other
route, as newly usable gold for someone else to use. The net effect is
that though the actual atoms of gold you’re using may not be new,
your use of gold, at all, is still having the same effect on the
world’s gold mining volume as if you’d bought gold straight from the
refiners of the new stuff. It only shifts around who’s using what
particular bit of the metal. The ONLY way to reduce the consumption
and production of gold from the world’s resources, and thus it’s
impact on the environment and society, is to not use gold at all. And
more, you’d need to provide some alternative product or service that
would then prevent a consumer who would otherwise have purchased a
gold item, from doing so. That then reduces the overall world
consumption of gold, which then directly affects the supply/demand
equation. In order to make any real difference in the “cost of gold"
to the world, it’s necessary to either reduce the overall demand and
consumption of the metal, or it’s necessary to change the way it’s
mined, refined, and produced such that the cost to the world’s
resources and environment is lessened. Buying used scrap jewelry and
having it refined into usable metal, may feel really “green” and
good, but it doesn’t actually do any good at all, so long as you’re
still using the metal. And unless you’re reusing it directly in it’s
"as purchased” used form, you’re still “paying the cost” of
re-refining it, which uses energy, creates toxic waste products, and
the like, perhaps similar to the refining of the new metal.

The same argument can be made in a number of other materials we use,
such as attempts to use only gems that don’t exploit people or finance
unworthy causes, or the like. Simply using them from any source, no
matter how acceptable, takes them out of a finite supply, increasing
demand, which then will be filled in whatever means are available.

If use and consumption of a material can be controlled enough so as
to actually deny filling demand from unacceptable sources, THEN the
"green" approach can work. Often, however, this has to take place
much closer to the production end of the cycle than at the consumer
(us) end. So called “blood” diamonds are undetectable at our end.
But if the industry as a whole institutes the means to insure that
only stones obtained from acceptable sources reach the market, and
that there is less, or no, way for the objectionable material to
reach the market, then real changes can be made. This may be
possible with some gems, as their supply sources are fewer and
sometimes more amenable to monitoring. With gold, given it’s almost
universal value and marketability, I doubt this is possible at this
time. More effective may be simply instituting reforms and
advancements in the methods used by the currently objectionable
producers, showing them the benefits to them, of the better means.
Often these people live where they are working, and are aware that
they are poisoning their own nests. Often too, they may feel they
either have no choice, or are greedy enough they don’t care. If they
can be shown ways to do it better, or other ways to make the same
living, no doubt they’ll see the light. I’m not, however, quite sure
just what those means might be. It’s a rather tough question, all
around.

Lee, When you use old gold jewelry to make new pieces that have your
quality and trademark on them you are making a big assumption. The
old gold items that you use may not have been the karat that they are
stamped. Under karating is not unheard of by manufacturers of gold
jewelry in which case your new pieces are under karat as well when
you use old gold.

Better to send old gold that you buy to a smelter to be assayed,
cleaned and returned as a karat or pure gold that you alloy
yourself… At least then you have much more asssurance that your
piece is what the quality mark says it is.

Look in the same place. Credit suies bullions were popular in the
70’s only a gram but several and there ya go.

Today’s NY Times has an article about how Newmont Mining Corp., an
American company that is the worlds largest gold producer, is
polluting in Indonesia and miners are getting sick. Here is a link to
the Times article:

Spurred by Illness, Indonesians Lash Out at U.S. Mining Giant

spurred by illness, indonesians lash out at u.s. mining giant** Article on intense criticism of Denver-based Newmont Mining Corp over hazardous waste from gold-mining operations in places like Indonesia, where pollution of water with substances like...