I thought I’d share a piece I made a while back for my daughter. I had an exceptional ant hill garnet that I wanted to use, it’s a brilliant red but not very large. The Garnet set in a ring was not very appealing in that it could be damaged, so I decided to make a pendant. I have found that by using what I call negative space around a stone one’s eye is drawn to it. So I thought I’d incorporate this idea into the design. At the time beads were very popular and I wondered if I could make a clasp that highlighted the beautiful red garnet, used negative space, and that was also the clasp. When I made the piece I hadn’t taken pictures, so these are from my daughters phone. I apologize for the quality of the pictures, but idea of the clasp comes across.

This was my solution: 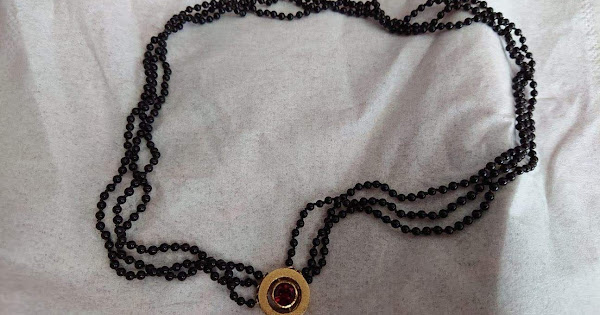 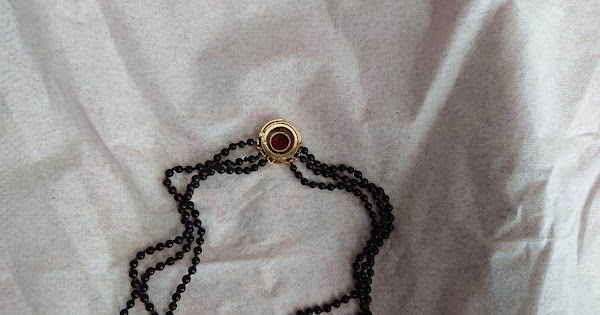 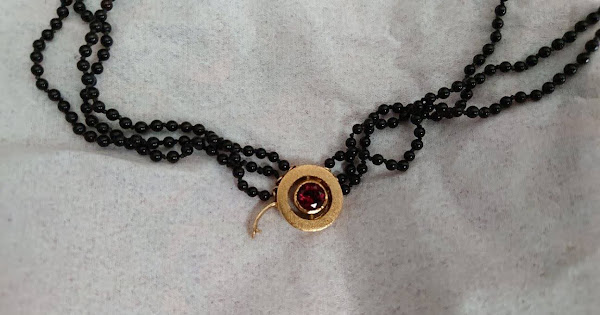 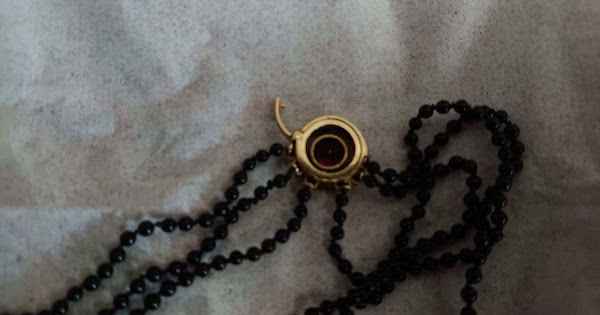 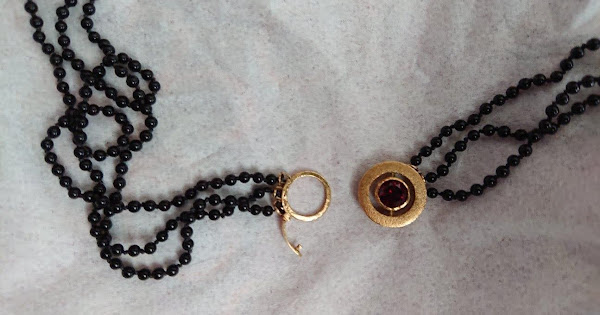 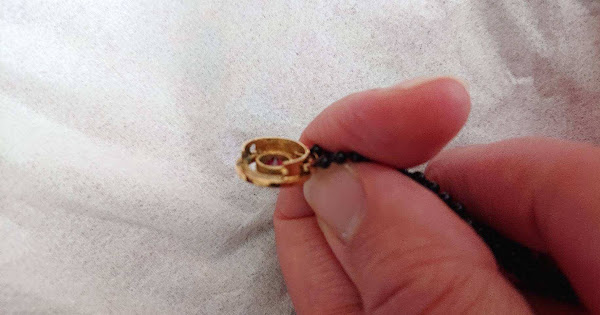 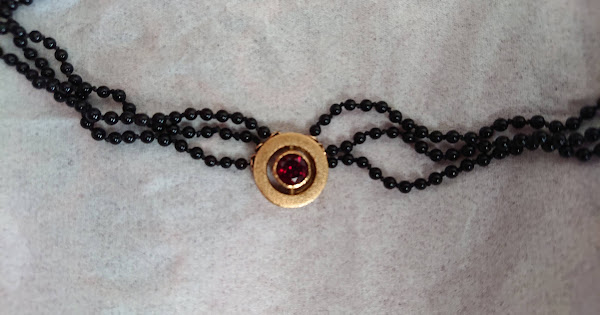 I’d be interested if any others have used, the clasps as the center piece for a piece of jewelry.
Tjones

Years ago a retail jeweler store where I worked sold a $50K+ (1990s $) South Sea Pearl necklace and the customer desired a large 18K Diamond and Ruby clasp as the centerpiece.
I truly wish I had pictures, but the hard drive they were on died ages ago.
I enjoyed making such a statement clasp.

This is beautiful, thank you for posting. I am interested in using a clasp as a centerpiece in jewelry. Please share more about how you made this clasp.

My idea was to use the minimum amount of metal as possible. There had to be enough space around the garnet for it to look as if it was floating, but not so much as to make the pendant to large. The outer disc had to be wide enough to conceal the bead tips and locking mechanism.
The inner circle and the outer circle of the locking mechanism had to fit very snug. The safety becomes very important because it keeps the two circles from shifting.
I used triangle wire to suspends the garnet, the high polish on the sharp edges of the triangle wire tend to be less noticeable than a flat or round wire. I choose to have a burnished texture on the bezel of the garnet, and textured the outer disc, rather trying to achieve a high polish, thinking that as the gold becomes more visible it would add to the illusion of the garnet floating.
TJones

Some of my work

The late Willi Kalich won first prize in De Beers’ Diamonds International Award Competition for a necklace in which the stones were arranged like stars in a spiral galaxy. He used knife-edge platinum wire to connect the settings. This made the wire nearly invisible from the front, so only the arrangement of the stones was apparent to the eye. On first glance they seemed to float in space, especially if worn against a dark fabric.

First, let me say that your work shown in the photos is stunning! Thanks for sharing. I would also love to know more about how you constructed that clasp. It’s lovely and unusual. I’ve always struggled with clasps, except for the simplest kind. It’s something I’m working on, so some tips from a master would be great!