Since the February 2009 Tucson Shows were not very successful in
terms of attendance or in terms of sales (no matter what the show
promoters had to say "the attendance was definitely way down in 2009
as were sales) we are wondering who from the Orchid list is planning
upon showing up at this coming February 2010 show?? We will be there
from Feb 2 - 7, 2010 - at the GJX in booth # 205.

We havent heard any discussion of an Orchid get together for this
year at Tucson either.

Is everyone still so tied up with their Christmas season business
that there hasnt been much time to think about the Tucson Show or is
just that it is off of peoples plans for February 2010 ??

Well, I’ve got my plane tix and will be in Tucson the first week in
Feb. I missed the 2009 shows, and have a list I’m hoping to get
filled. It would be great to see any Orchidians, so I’ll be watching
for any discussion of an Orchid dinner or get-to-gether.

Best wishes for a profitable holiday season, everyone! Judy in
Kansas, who is really looking forward to the Tucson experience!

I’m going to Tucson for the 1st time in at least 15 years. I haven’t
let myself go because I overspend when I do. This trip is on the
behald of freinds/clients who wouldlike to have a guide. I’m limiting
myself to only 2 days: one for fossils/minerals and i day for GJX.

Does anyone know when the show guides will be sent out? I’d like to
plan strategy ahead of time.

Good luck to all who are going as sellers and buyers!

Hi Everyone!
Welcome All Orchidians!

We will be demonstrating/exhibiting all our Jump Ringer Systems at
the Rio Grande Catalog In Motion Show. It will be at the Tucson
Hilton from Friday Feb. 5 through Monday Feb. 8.

I’ll be there to demonstrate, answer any questions you have and to
help you try any of these time savers that fit your needs. This show
is a fantastic opportunity to find the exact products that will
enhance your productivity and thus your income.

I plan on being there as usual!

I am looking forward to the show since I don’t get too many chances
to show in person all the different things I have been working on
during the year.

We are cautiously optimistic about the show, our orders are up of
late and we hear anecdotal evidence of different jewelers doing good
business recently.

I think lots of people have been doing extra creative stuff to try
to deal with the economic hardships so we will probably see more
cool stuff than ever in Tucson with slightly softer prices than a
couple of years ago. We are pricing some goods at lower levels than
before and running our first sale just to jump start business.

I don’t think this will last though if the economy continues its
recovery, the upward pressure on prices from the mines is too great
not to cause prices to rise if the market recovers. Once dealers are
forced to repurchase material and the rough market recovers I would
bet on higher prices on most gem materials, a return to the
situation we were seeing before the current economic troubles. There
are more people buying gems (especially in countries that did not in
the past, China is a BIG market and Brazil is using far more of its
own material than in the past) and less material being produced. The
result will be higher prices in any sort of normal market
conditions.

Hope to see you all in Tucson!
John Dyer
www.johndyergems.com

I too will try to be there. I missed last year, and hope to catch
up. Robert, are you planning to come up? Dave, can we plan an Orchid
Impromptu?

Two things might draw me to your exhibit, no, three things. Where
will you be in Tucson? Do you cut cabs? What are your prices?

I am not sure when the show guides are sent out but you can check
out http://jewelryshowguide.com/content/tucson_show_guide.html

which is the Colored Stone show guide site
orhttp://www.xpopress.com/AZ-show-schedule.html

which is the competing show guide (the smaller one you see around the
shows.

These should help with pre show planning until the hard copy gets to
you.

Hope to see you all in Tucson!!
John Dyer
www.johndyergems.com

In answer to your questions:

Further info including maps to our booth locations can be seen here
http://johndyergems.com/shows.html

While we are able to cut cabs and I have cut a few over the years
our focus is on flat faceted gems and combination cuts. (Combination
cuts are those with multiple cutting techniques used on the same
gem.)

If you want to see our gems or just to talk a bit please stop by!

I’ll be there, will be going on the 2nd thru the 7th. I missed last
year, but have reservations already. Maybe we’ll have an Orchid get
together? Can’t wait to see everyone again.

Hi Jon, just looked at your site for the first time in a while. Have
to say the Ametrine is outstanding! Is that an untreated/natural
material or what? gorgeous. I look forward to seeing you at GJX where
I will be escorting some clients. Hope you (and everyone) have a very
successful show!

The ametrine is natural untreated Bolivian material from the Anahi
mine. Very pretty stuff. (We do have a very few natural Brazilian
ametrines from Bahia as well and since you did not tell me which gem
you referring to that is possible as well but they are all
untreated.)

As you look at our gems you can easily tell which are treated or not
by the last letter of the item # which will be the AGTA enhancement
code.

#AMT549N ends with N which means No Treatment
#BTP094R (blue topaz) ends in R which means iRradiated (can also be
heated in conjunction with the irradiation)
#GTR307H ends in H which means Heated.

Those are pretty much the only treatments that we carry except the
very occasional emerald which may have oil or other treatment. We do
not deal in material that has been dyed, diffused or other such less
accepted treatments.

Looking forward to see you all in Tucson, it is coming soon!

Dear fellows orchideans,
we will be exhibiting at GJX booth # 3016

The countdown to the 2010 AGTA GemFair Tucson is on with strong
pre-registration numbers and hotel rooms filling up. The show begins
on Tuesday, February 2nd and ends on Sunday, February 7th - a change
from the traditional Wednesday to Monday schedule.

“We are very pleased with the early registration numbers,” stated
Mary Lou Keen, AGTA Trade Show Manager. “I have personally heard
from many people who say that they are coming back to Tucson this
year after taking last year off. We are very optimistic.”

we have made a series of gemstone material Acorns which we will have
at the February Tucson Shows at the GJX Booth # 205.

We made them out of Cabochon material in Aquamarine, Amethyst, Black
Tourmaline, Brazilian Fire Agate, and Emerald, amongst others.

If you want to make your own acorn out of facet grade materials - we
will have the fine quality rough at the show also or contact us
offline. 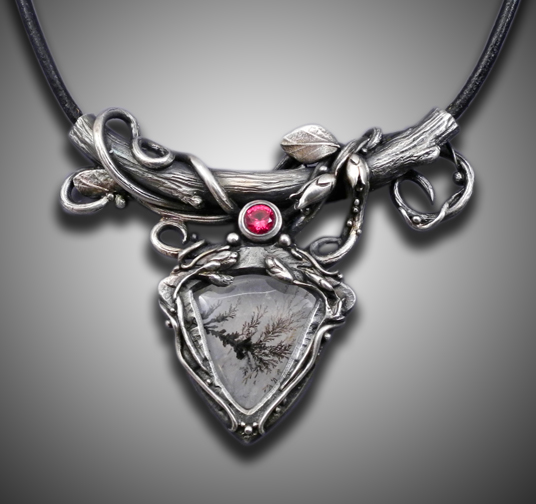