[Tidbits] Who is this person?

This week… hints. Next week… the answer.

This person is either male or female. Yeah… well… don’t assume
that just because you don’t know of any alternates that there aren’t
any. In order to maintain a high level of obscurity… I shall refer
to him/her as himher or shehe or hisher. I may randomly reverse the
order making heshe into shehe. This is not done to confuse … but is
rather born of a laissez-faire attitude which resides in my soul
always on the alert to take the easy way out.

Shehe opened hisher house of fashion in 1910. In 1913 heshe opened
hisher first fashion boutique in Deauville. Heshe became quite
successful and began to take the lead in the world of fashion design.
Heshe revolutionized women’s wear.

Then came 1932 and heshe presented hisher first collection of
diamond-set and platinum fine jewelry. I digress here for an instant.
Although I am going to show you a piece of hisher jewelry… I tend
to believe that this in not the area for which heshe was well known.
Am I muddling your minds enough?

In 1933 shehe launched hisher line of Haute Joiallerie which
consisted of a collection of gold and pearls as well as hisher’s
favorite flower… the camellia.

To ensure a continuum of progress… 1987 heralded the debut of
hisher collection of ladies wristwatches.

And so there it is. Some hints and fact about our jewelry designer…
a person who reached the absolute zenith of hisher profession and
became world renowned. Anyone care to guess who heshe is? You may
email me with the answer if you like. I will respond with a unique
yet succinct “yup” or “nope”… giving some of you credit… and
holding some of you in suspense. This is my wily crafty way. I can
not help who I am.

For those of you who are new to this thing called Tidbits…may I
direct you to my home page at www.tyler-adam.com where you will
scroll down the left side menu till you get to the area that says
Current Tidbits… and then click on it in order to view gorgeous
necklace designed by himher and valued at approximately $50,000.00.

And there ya have it.
That’s it for this week folks.
Catch you all next week.
Benjamin Mark

May I suggest that for your tidbits section, although interesting,
you seek out and give some credit to the actual himher that really
designed and made the necklace, I have spent my whole working life
making goods that are sold as unique items designed and made by well
known outlets/shops. Faberge’ never made an egg in his life, but they
are all known as Faberge eggs, and I would like to bet that Coco
Chanel had nothing to do with either the design or making of that
necklace, I am sure that some anonymous crafts people came up with
the design, possibly in her employ, and just received the OK to make
it. 70% of my work output in the past 45 years has been sold under
the name of Asprey or Garrard, with purchasing conditions that
insisted that they took complete credit for my items design and
manufacture. A few years ago there was even a photograph of me making
an Easter egg printed inside an Asprey of fifth avenue catalogue,
printed without my permission, saying I was one of Aspreys craftsmen
although I have never been employed by Asprey in my life! The Asprey
company was an Asprey family owned business in its heyday, it was a
quality company then, but since the company has been taken over by a
long list of financiers it has been a failing business, especially
since it dumped its high quality English designers and suppliers.

Can I start a crusade to give credit to the actual craftsmen and
women who strive to design and make their own ideas into items of
quality, they risk their own cash with no guarantee of selling their
finished items. To all those who have the cash to buy our beautiful
pieces, please seek out the real maker of the product and commision
your unique piece,and don’t be suckered into buying so called
designer named products, because the majority of it is high priced
rubbish.

One last thing before I get off my soapbox, Asprey used to add 400%
profit onto my prices before they sold them, what a price to pay for
a known name mark.

Peace and good health to all Orchideans
James Miller FIPG in the UK, looking forward to my retirement.
https://www.ganoksin.com/orchid/jmdesign.htm

I recently met a gentleman who used to do Elsa Peritti’s models for
her designs. He had to quit that job and move to New Jersey because
what they were paying him in the 70’s & early 80’s wasn’t enough for
him to support himself and his wife and live in New York City!

Call me naive, but that was very disappointing to me.

-Amery in Southern Cal (whose hubbie just went skiing yesterday in
the mountains an hour from us, all natural snow, while I played in my
garden in a T-shirt!)

Yes, and Asprey-Garrard is a fine place to have claiming your work as
their own, too. Most people probably don’t realize that factories
have a whole bank of stamps - this work gets that stamp, that batch
gets that stamp -“Your friend in the diamond business”. HAHAHA!!! It
is, however, low stress. We get the work in a bag - do this, do that.
Do the work, bill it, go to the bank. The stores get to do the pr, the
advertising, and the retail handholding, and the overhead. And then
they get to pretend they actually know how to light a torch!!!

I hear you. Life and careers can take many pathways (I always seem
to be beating through the bush!). Thank you for sharing your thoughts
concerning “the maker” in such a lucid manner. You might enjoy a
component of my website that started as notes to the designer for my
site that began as a description to him to be used as inspiration for
copy. He read it and said, we’ve got to use it as is - the short
“poems” are called “thoughts of the maker”. 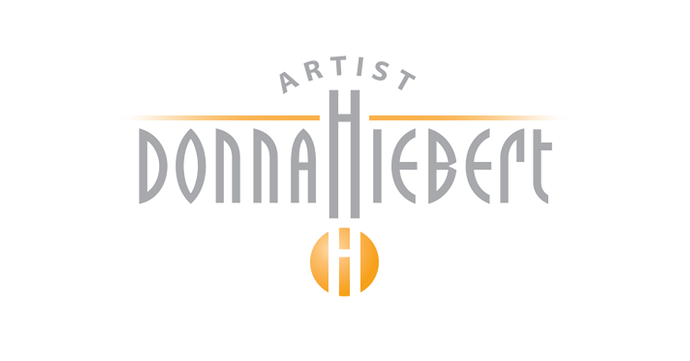 I am totally behind you on this issue.

I have many friends who are Faceters. I have never seen an ad that
included the Faceter’s name. Why not? I believe they need to start
clamoring for recognition. Design by… Faceted Stone
by… Why not?

It has not been done, is not an answer. Takes a concerted effort to
get long overdue recognition. Why not go for it?

I see exquisitely designed jewelry almost daily. In a discussion
today, it was determined not one of those present signs their pieces.
Most fabricate for sale. Seems to me, all piece should be signed. I
personally have been mentally designing a logo for some time now,
time to put pencil to paper.