Tone those abs/Hone those pecs/Wear them necklaces/ 'round them
necks.

These were the very words. yes they were–or so I’ve been advised by
those who know these things-chanted by the jewelers of Princess
Sithathoryunet in Ancient Egypt in the time of the Middle
Kingdom–circa 1887-1878 B. C. as they pranced through the palaces of
Senwosret II.

Aside from being great rappers. as evidenced from the above rhyming
ditty. the jewelers of that day had reached the zenith of artistic
achievement. We don’t do today what they did then. Of course. we
don’t have despotic rulers today gently urging us along to do a good
job or they’ll lop off our ears. and we all know that performance
increases as incentives become more aggressive. Still. we’re talking
over 3900 year ago which brings up the question. have we advanced or
have we advanced? I know this theme is a tad tired and worn. but when
I’m impressed I’m impressed. Also I have. as the fates would have it.
an example of a piece of jewelry of that era representing
craftsmanship as it was once done.

It is a pectoral belonging to Princess Sithathoryunet. It contains
375 semi-precious stone inlays in gold. It has a multi-colored
heraldic composition framed by two solar falcons holding
"shen"(dominion) signs. There are two ankhs hanging off the tails of
cobras and between them is the name of Senworset II. Below that is
"Heh"… the god of Infinity holding palm ribs (hieroglyph for
"years") while a tadpole (hieroglyph for “a hundred thousand”)hangs
from a string over his elbow.

Look closely folks. and you will see all the things of which I speak.
All quiet faskinating. wouldn’t you say? If I remember correctly. and
this is a bit of a stretch. but I think Yul Brynner wore one of those
whilst he was courting Debra Kerr. Anyone of you recollect? And is
that pronounced “Kerr” as in “Her” or “Kerr” as in “Car”? And if it’s
"Kerr" as in “Her” is John Kerr’s name pronounced “Kerr” as in “Car"
or “Kerr” as in “Her”? I know one is one and the other is the other.
but I never remember which is which. I think she’s “Her” and he’s
"Car”. But of course Car could be Her and Her could be Car and East
is East and West is West and never the twain shall meet. Except of
course that Kerr and Kerr did play together in Tea and Sympathy.

Memory lane anyone? Okay. Ready? Question: What do you call it when a
dog eats your diamonds? Answer: A diamond in the Ruff. I know I know.
Groan groan and double groan. But it’s silly that often makes life
worthwhile. Anyway. old jokes are hard to quash. Maybe one day I’ll
make a diamond in the Ruff pendant. Have to work on some sort of
innovative composition in order to ensure the diamond shows. All
suggestions welcome.

Okay now. Back to the Pectoral. Anyone wanna see? Of course you do.
You’re chomping. I can see that. You’re salivating at the bit. Relax.
You know where it is. Home page. http://www.tyler-adam.com. Scroll
down. Left side. Tidbits. Click.

And there ya have it. That’s it for this week folks. Catch you all
next week. Benjamin Mark

Thanks for sharing that beautiful pectoral. Is it made of inlays or
enamel?

I thought it might be fun to show everybody an unusual pendant that
I bought on a Nile cruise ship. I haven’t seen any others like it,
have you? It’s 18 kt gold.

Following my earlier comment on the Egyptian Pectoral, here are the
photos of the gold pendant that I bought in Egypt. Has anyone else
seen a similar type of pendant or pectoral? 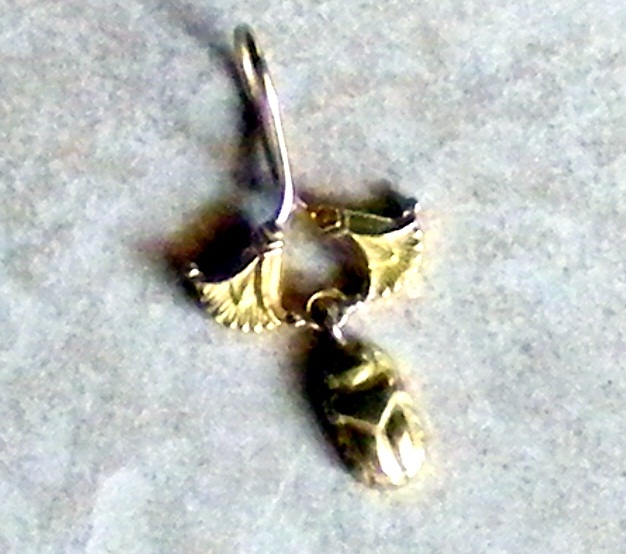 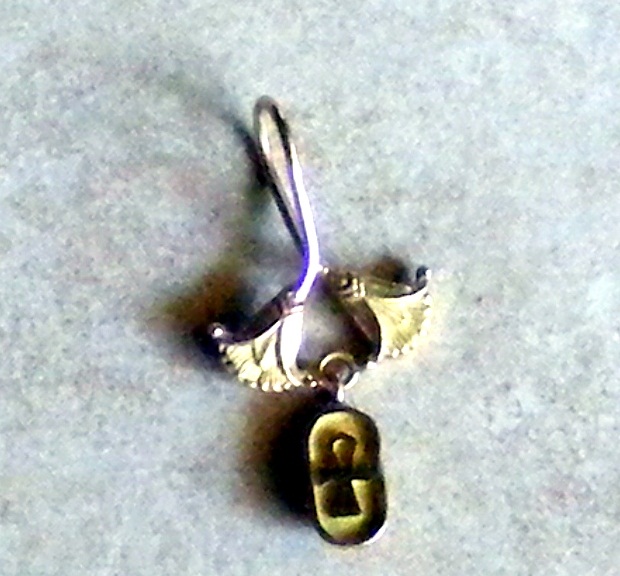