The flashback / checkvalve sold by Rio Grande is on my EX-5 oxygen concetrator and I am pleased with the flame my Meco torch and Paige MA-2 tip (largest except for melting tip) puts out.

Unless I’m mistaken, all the concentrator brands have a low oxygen meter and will give a warning tone if their oxygen output decreases below a certain percentage (~94%…it’s in the instructions). I bought a used concentrator from a decedent’s relatives and used it a while, but because I didn’t turn it on often, the alarm began to go off every time I started it up, because the beds were starting to go, I guess. It still worked fine at the slightly too low oxygen level, and I thought about just cutting the wire to the warning buzzer, but eventually gave up and bought another, reconditioned concentrator, which I am careful to run once in a while even when I am not using it for weeks at a time. I think it is unlikely that you are going to buy a concentrator that does not give a warning tone and find that the beds give out soon…if you keep running it regularly. Just remember that you cannot know how it was treated (maybe those selling it can tell you something about that, if you ask naively), so don’t pay a lot for one that is used, but not reconditioned, because it is possible that the beds were mistreated and will go out on you before 10,000 hours. Usually a new or reconditioned concentrator will last at least that long and probably closer to 15,000 or 20,000 hours, from what I remember reading. Given that you’re not likely to solder more than 3 or 4 hours a day, that’s a rather long life for a jewelry craftsman who pays $350 or less for a reconditioned one or maybe $200 or less for a used one. Should cost you less than $40/yr. -royjohn

Neil, do you have a link to the specific flashback/check valve sold by Rio that you are using on your oxygen concentrator? And how did you attach it?

Rob, which one did you get? I clicked on your link and there are several. This is on your oxygen concentrator, right? How did you attach it?

Sorry, I didn’t see this request until today. The FA 130 that I use is one that came with the torch when I bought it and the O2 regulator that I originally used on a high pressure O2 tank. It works on the O2 concentrator too. Following is a link to pictures of how I connect them. You will note that both the Meco and Little Torch are fed through a Y connection…Rob 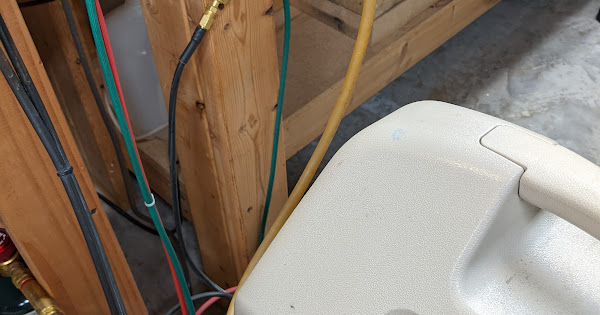 Thanks Rob - I am using an oxygen concentrator and a small propane tank. If you don’t mind, I’d like to send you a picture of what I have and perhaps you could tell me which flashback arrestors/check valves to get for the oxygen and the gas. I’m out of town right now, but I’ll send pics when I get back in three weeks or so.