I have a ring that people order from me quite a bit and it is a
constant source of frustration.

The ring is a heavy men’s ring. It is a signet ring with a skull on
a raised round face with a thin raised border around it. I also add
black enamel around the skull (inside the raised border)

Every single time I cast this ring, I wind up with some sort of
porosity behind the skull (inside the shank, directly behind the
front, or occasionally off to the sides at the heaviest part of the
casting.

I am vacuum casting, and using have used an atmospheric air/acet.
torch (prestolite) as well as my electric smelter.

Tried a variety of different sprue methods ranging from the
"accepted standard" to several much less conventional methods. (i can
give more info here, but this could get a bit long)

Every single time, I wind up with pinhole(s) in the surface that
when ground and probed deeper prove to be massive hollow caverns
under the metal. It doesn’t appear to be gas porosity, as the holes
don’t appear so much as bubbles as jagged craters. It also doesn’t
appear to be shrinkage porosity as I supply a mass of metal to the
parts in question via sprues or the rest of the bulk parts of the
casting.

Often, I could get some solder into these spots except that after
the cast, I have to fire these pieces near 1500F to fire my enamel,
and this, of course, degrades any but the hardest IT solders.

I use Kerr Satincast 20 and follow their investment mixing schedule.

Here is my CURRENT burnout sequence. As stated earlier, I have tried
a variety of different temps for both the silver and the flask.

I spoke with a gentleman at Rio Grande and he said to try all of the
things I’ve listed here that I had already tried.

This is one of my best selling rings, and I would hate to drop it’s
production. I have been casting for about 2 years and while I have
run into some issues at times, nothing this bad.

Any advice or info you folks could give would be a huge help.

Hi there besides probable turbulence i a think you’re casting temp is
stillto high for a heavy ring, try lowering to 1000F or even 950F (as
with ingots the lowest temp possible is the best) a nifty trick is to
attach a short (2 cm) wax wire after the piece (at the opposite end
of the sprue) as a gas reservoir, if the space (of the ring is big a
lot of air is in there and gets mixed with the meta, l if it cant be
sucked by you’re pump on time) maybe even a thiner sprue or two
instead of one. Good luck

Two things jump out at me:

(A) most of it’s probably spruing. ‘Big jagged holes’ sounds like
shrinkage, especially if it’s happening at the heaviest sections, as
you mention. Look at re-designing the ring to make the cross section
behind the skull thinner. (Hollow out the rear face of the ring.)
Then sprue the crap out of it. Remember that the sprues need to be
thicker in cross section than the heaviest part of your ring, by
quite a bit. (at least 20% if you’re going to get serious about it.)
(Don’t want 1/4" sprues? Lighten up the ring!)

Standard jeweler’s “lollypop” sprues (wherein there is only one
sprue, to the thinnest part of the bottom of the shank) are a recipe
for disaster with anything complicated.

(B) your burnout seems awfully hot. A hot flask at casting will make
shrinkage porosity worse.

My standard burnout was close to yours, until the last two steps.
Carbon vaporises at 1250F, so there’s no reason to go beyond 1275 or
so. The investment starts to break down at about 1325. So the top of
my cycle was 1275, and my casting temp varied depending on the
material and design, but for heavy silver rings, I’d be shooting for
somewhere between 950-1000F. 1100 tops for filigree. No way I’d be
casting into a 1200F flask. That too is probably a major
contributing factor.

If it were me, I’d run one more flask with your current sprues, cut
the rings in half, to see what’s inside. Make sure you use the same
tree setup you use for your production flasks. A small 'one shot’
flask won’t tell you what’s wrong with the production flasks.

Then change the sprues, run another flask, cut the rings in half for
examination, and then use the same ‘new’ sprues, and run another
flask with a lower casting temp. Cut those in half and examine. That
should point you in the direction you need to go. At the end of
it, you get the silver back, and you save more in time than you
waste in investment, over the long run.

There are a lot of variables with casting including the quality of
the wateryou use. that said. My guess would be a sprue problem from
your description.

If there is no investment in the void then the next logical thought
would bethat the metal is cooling on the outside and sucking metal
from the inside to it. You might try making a ball on your sprue to
that area on your sprue next to where it attaches to the ring.
sometimes this will allow the metal from the ball to stay molten
long enough to be sucked into the ring thus filling the space.

Good luck and keep on experimenting as that is a great way to learn.
hope this helps.

Add more sprues running up inside the ring. Porosity happens
frequently in heavy rings. The sprue starts to cool before the ring
body is filled with metal.

It will be helpful if you can provide a picture of the ring showing
the backside of the top. I think it is shrinkage problem.

The sprue size is important. In general 1.5 times the thickness of
the thickest part of the ring where you need to attach the sprue.

Again a picture would help!
Good luck and have fun.
Vasken

Ken, are you running your main sprue to the heaviest part of the
ring. If you have not tied it run your spue to the top of the ring
rather than the bottom of the shank and drop your flask temp to 900.
That would be my very first thing to change. You didn’t say where
your spue attached so I am assuming it is at the bottom of the shank
from the sounds of your problem. Good luck hope this helps. Frank
Goss

It can be frustrating figuring out some of these recurring problems.
I have solved similar problems by making sure there are not problem
areas where the investment can be broken off by the molten metal as
it travels down the sprue and into the ring cavity. I have also
solved some porosity problems by using modern de-oxidized Sterling
alloys.

There seems to be nothing wrong with your burnout cycle though you
don’t mention your flask temperature when you cast. I usually work at
450C (you can do your own conversion to those American degrees).

The most likely issue is sprueing. When I cast rings that have a
heavy top I run my main sprueing 2.5mm wax rod to the back of the
shank and from this sprue I take 2 or sometimes 3 sprues at least
1.6mm thick directly to underneath the head of the ring to get a good
flow into the heaviest part of the ring. Keep the run of the sprues
straight or gently curved and ensure there are no sharp edges in the
joins. If at all possible I attach these supplementary sprues to a
convex surface behind the head to make cleanup easier but it is vital
to ensure that you get a good flow to the heaviest parts of your
casting directly from the main sprue. It is also vital to ensure that
the sprues are not placed so that the metal has to flow backwards. If
this makes cleanup more difficult then you either have to live with
that or modify your design to get a better metal flow. Since I would
like to minimise the cleanup time I prefer the latter course of
action. Also when I doing a fairly heavy casting I like to have a
bigger button to provide a reservoir to allow for metal shrinkage -
say an additional 10-15 grams instead of the usual 5. Obviously this
is only effective if the sprueing system is sufficient so that the
metal doesn’t freeze in the sprues before voids start forming in the
casting. What also helps in this regard is casting as soon as the
burnout kiln gets down to 450 so that the core temperature inside the
flask may be 50 degrees or more hotter when you pour the metal.

All the best
Jen

I don’t think that it is your burnout.

You might gain some success by making sure your sprues are of a
sufficient size that your metal doesn’t stop filling the casting
when you pour it. If it freezes early you will have major shrinkage
on a heavy casting and that could easily create your porosity.

A suggestion. Think about sending one or two waxes out to a caster.
Have them cast them and help you with a solution. Probably would be
inexpensive and save you a lot of grief.

I would suggest keeping the sprues to the heaviest cross-section,
most likely the skull. The sprue will need to be over half the
thickness of the skull. Push the mold temp down to 650F for cast
temp. It sounds like some reverse cooling. I find that when things
are thicker than 6-8 mm you can’t do much to control solidification.
The surrounding investment will heat and insulate the casting from
cooling. Lots of times this means the button will solidify before
the casting and you won’t have liquid feed metal going into the part
as it solidifies. Make sure your button is larger in mass than the
thick portion of your casting. By weight this means 50% of your
metal needs to be button, or if your visual, the button needs to be
larger, thicker than your skull. Happy Casting! 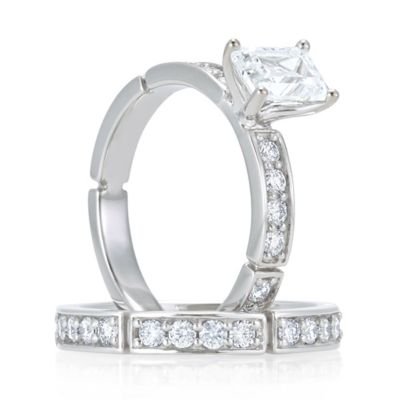 This may sound strange, but it works. For a very heavy area in a
piece with different thicknesses, the thinner areas will siphon off
the metal from the heavier parts, thereby leaving large pits as you
described in the thickest section. Heavy spruing is the best way, but
if that interferes with your design, try this:

Make a tear drop shaped piece, larger than your heaviest part, and
attach the narrow end of it underneath the heavist section of your
ring. It will look like the rubber part of a bulb baster (which you
use every year at Thanksgiving to baste your turkey) hanging inside
the ring from the underside of the top. I’m really having a hard time
trying to describe this. It will feed the rest of the ring and it
will end up pitted, but you will cut it off like the other sprues.

Good luck and let us know if it works.

Well, First I want to thank all of the great info I have gotten on
the forum, as well as offline responses (and there were MANY.)

I am now getting sweet casts on this ring, and these are the steps I
took to achieve this…

I am still using Kerr Satincast 20, and following their investing
protocol religiously.

Again, thanks to everyone who responded on and offline, and I hope
this info will help others in their quest for fire.