“This picture was taken 40 years ago and show me as an apprentice at the bench, I am the youth at the far end doing a bit of carving. The guy next to me (in the middle) is Don Spratling, he emigrated to Toronto in 1969 and has been a jeweller/goldsmith/teacher there ever since. The guy at the front was our master Mr.H. J.J ones, as Don was his apprentice before I arrived. Note the Birmingham side light gas fitting at each bench. This was the method of soldering in those days, we used a mouth blowpipe and natural gas. Our workshop was in Soho, London as we supplied Garrard the crown jewellers…” 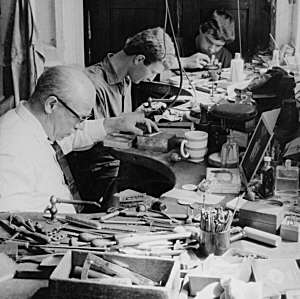 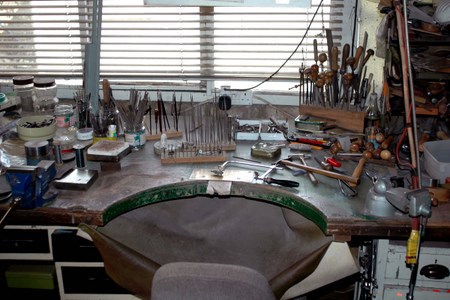