I must be crazy or a little stupid but I’m 7 months pregnant, I have
a toddler, I work full-time, and somehow I have promised my best
buddy from college that I’d make him a pair of cufflinks for his
wedding. How could I say no?? I’ve never even made cufflinks before,
but it can’t be that difficult right? You just buy the sterling
cufflink thingies and solder them to the back of whatever you make
for the front (please! correct me if I’ve got that wrong).

Anyway, I have a design that I thought would look nice using the Hopi
overlay technique. My question is, how do you get those blackened
textured lines that are inside the overlay? Is it from an engraver?

I’ll comment on your question about soldering the cufflink thingies.
If your buddy will agree to using the double “button” with linkage
between, you can do it easily. However, if he wants the back with a
rotating bar, the soldering part is not so easy. The last pair I
made was a learning experience on several levels. Suffice it to say
that unless you have access to a lazer, insist on the linkage design.

If you really want to add some interest to your current life, you
are welcome to email me off line for details on how to accomplish the
soldering of a rotating bar cufflink back.

Judy in Kansas, where a lovely one inch rain fell overnight. So nice. 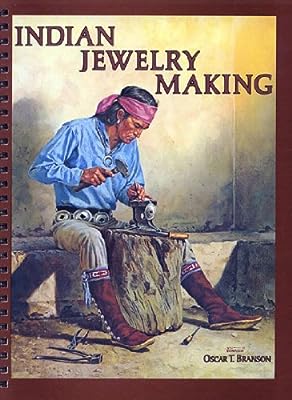 Pierce out the design pattern in one sheet of silver cut it out to
the size of the cuff link face, solder the pierced piece to a second
backing sheet of silver, repeat for the second cuff link, solder on
the joint for the backs. No engraving necessary, though you can
punch in details with small chasing or design punches.

By far the easiest solution to this is to buy a slightly different
style of cufflink back. Instead of the ones where the support for the
swinging bar is simply solid and expected to itself solder to the
cufflink, get the type where the bottom of that support bar has a
hole or loop, and supplied with the back is a small hinge, much like
a pinstem hinge. You only solder that hinge in place. The rest of the
back is installed with a rivet, which is cold work, so the back is
not at risk from soldering heat… You can solder the single piece
type with aggressive heat sinking, but sometimes that’s easier to say
than to do when working with silver… Also, with the swinging bar
type, if it’s the type of bar that’s flat on the inside, and a flat
wedge shape on the outside, then you’ll not that it’s assembled
simply by crimping over tabs at the ends of the underside. If you’re
careful, it’s possible to disassemble these, take the bars off the
main piece, solder that on, and reinstall that bar. Not easy, but
possible. Do it on a day when you’ve got lots of patience, and only
if you’ve got an extra or two, since sometimes those tabs break off,
and then you really have a chore on your hands…

Cuffink backs - the good ones that aren’t base metal - are intended
to be disassembled for soldering, and then re-assembled after.

When I do this, I texture the parts of the back plate underneath
whatever cutout design I have, then solder top and bottom together,
followed by whatever darkening chemical you prefer. Lots of Hopis use
a stamp that looks like the impression of a small screwdriver, but
any kind of texture can work. If you try to texture after soldering,
it’s pretty tough to get into those recesses.

I’m wondering if the easiest thing to do is create a fixed back kind
of like a T-bar? I don’t know much about cufflinks and what men
prefer, but the rotating back that has a hinge sounds a bit
complicated and I’d hate to spend too much time fiddling with it in
order to get the thing soldered to my cufflink face.

There are no fixed T bar cufflink backs, there are some that are
curved from the center toward one side, with the end like a football
shape. Nothing is movable.

The other kind has somewhat of an H shape, bar is toward the top, and
t= here is a steel spring so when the part that swivels is parallel
to the back the spring exerts tension and holds the part in the
correct position so the cufflink is secure. This type needs to be
taken apart to be soldered if you use silver solder, using low temp
tin solder will not damage the steel spring. There is also atype
that can be made with a very short length of chain. As far as not
wanting to spend too much time fiddling with it, this is= the jewelry
business, fiddling with one thing or another, and hopefully skill is
attained during fiddling. Pictures are available at Rio Grande’s
website. They come is sterling,= base metal, and gold filled.

You’re complicating things without needing to. T bars can work, but
there’s a reason you don’t see them often on cuff links. They don’t
work well. For one thing, just a tad too short, and they fall out. A
tad too long, and they won’t go in. The backs with their swivel bars
solve this. You can also use a type of solid back that’s more like a
button shape than a T bar. Works better, but still many men would
find tham slightly harder to use, I think.

The hinged version I described is really simple. You’re buying the
whole thing, three seperate parts. The back, the small hinge, and the
rivet pin. All you do is solder on the hinge, which is really simple
to do. Then set the back into it, insert the rivet pin, and peen it
over. This is not hard to do. In addition, it allows you to install
that hinge and be done with all the soldering before you have to deal
with the back itself, which you can put off riveting on until you’re
done with things like stone setting, texturing, antiquing,
polishing, or anything else where an uncluttered back might help you.
These backs really aren’t hard to put on at all, nor complicated, and
they work great, fitting a shirt somewhat better than fixed backs do,
since the cufflink is free to fit itself to the surface of the shirt
cuff, rather than needing to remain at a fixed angle or perpendicular
to the back. One little hint. When they supply the rivet pins for
these, they often supply them fairly work hardened. Some people
might like that for some methods of setting a rivet, but you may wish
to anneal them since sometimes they seem a bit too hard. After
annealing you can then rivet them with as simple as a center punch
from each side to flare the ends, or use a riveting hammer or similar
shaped punch for a cleaner look. But it really is quick and easy to
do. Quicker and simpler than making a T bar and getting it to fit
right, especially if you’re not familiar with how cuff links need to
fit. Oh, and when you put these one, orient the hinge so the swivel
bar on the back, when in the open position, is horizontal. The hinge
then lets the cuff link shift up and down, not side to side.

In a word. Yes. Judy in Kansas, where the sun is peeking through the
clouds and the brown thrasher has been vocalizing like crazy. What a
variety of songs!

I am 1000% with Peter on this. I always use only the torpedo rivet
cuff-link back! All you have to solder is a teeny tiny piece on the
back of your creation, making it very easy to do any additional
required work (e.g., coloring). The riveting of the rotation piece
when you are ALL done with EVERYTHING else takes only a few seconds.
It is also an impressive looking back, and, as Peter also mentioned,
it functions best because of the flexibility afforded by the
additional joint!