Having a problem annealing

Having a problem annealing

I am 99% finished with a square knot reef knot ring. Having done
them in 14kt and Argentium without issue. This time however, I agree
to do one in white gold

Right out of the box I had difficulty bending the wire by hand. Did
the first loop, assembled and then attempted to pull them tight. I’m
210lbs and not exactly a weakling with my weight behind it. Nothing.
No movement at all. I annealed to dull red, put some Burt’s Beeswax
chap stick to make it slippery and tried again. It moved maybe a half
mm. It might have only been a micron! Annealed again and brought it
to bright red, kept it there 15-20 seconds, quenched and tried again.
Nothing. My tongs would not hold so I used Vice Grips and a large
leather mallet. Got it to where I wanted and my usual method of
making a half size small and beating it up on a mandrel is taking a
long time.

What am I doing wrong? Is nickel gold that tough? Would palladium
gold work better? Is platinum this tough? I’ve never worked in as I
don’t have a torch or skill set for platinum but curious. I will say
this stuff is near indestructible!

Thanks for any advise.
Charlie

White gold based on Pt or Pd is a complete different world compared
with nickel based white gold.

The price however is also a different world but working with Pd or
Pt is so lovely.

Another concern you might have is the color but that is taste and
depends on howmuch your customers are willing to pay for your work.

White gold based on Pt is -to my opinion- the whitest of all.

That’s why I like to use it for clasps. Are you quenching your white
gold while it’s hot? If so that will make it harder. Air cool nickel
white gold.

So yeah, it really is that hard. Palladium white bends and
fabricates much better.

I was always taught not to quench any white gold alloy

Never thought of using it for clasps: great idea. Would the amount
of nickel in the alloy affect those who are allergic to nickel? I
never know how much is too much.

Similarly, I assume that the copper in sterling silver is what
affects those who cannot (they say) wear sterling - or lower k gold
come to that.

I know someone who is allegedly allegic to everything except
platinum.

Nickel whitened white golds can be frustrating. The nickel does not
play well with others and makes things really stiff. Some refiners
cut back on the nickel in the alloy (14k will always be 58.5% gold
and 18k will be 75%, etc.) to mitigate this. That’s why many white
gold alloys are really a light yellow.

The “X” family of alloys are formulated to be as white as they can
be–in a nickel based white gold. The result is a hard and stiff
product.

Color is a relative and perceptual quality. I have been using David
H Fell’s Winter White nickel white gold for years. I buy casting
grain and pour ingots. Forging, fabricating, etc. It is white to my
eye and a nice metal for a nwg.

I use two different palladium white golds. To my eye, they are quite
gray/brown. What I describe as “gunmetal”. The difference becomes
most clear when they are side by side…

Thanks for all the replies about white gold. I wasn’t sure about air
or wet quenching and tried both but didn’t see a difference. I
thought at first Andy from Stuller was getting back at me and sent a
roll of stainless steel! I will say however the color is beautiful
without rhodium. I’m switching to palladium white for anything
heavier than 14 gauge!

Janet- As long at the clasp is not in direct contact with the skin
it should be OK. I use it for the vertical and horizontal plunger
part of the clasp even if the main piece is yellow gold, plat or
paladium white. I just make a small box that it slides into.

I have the same experience he does, rolls, forged, casts well.

I had a retail store for 24 years.

Never had one customer react to nickle white gold.

It is like a myth. People are concerned about having an allergy.

I had customers that were allegic to gold but not sterling, allergic
to gold, but not stainless in their ears.

I tend to agree, Richard. Whilst of course there are some very
serious allergies out there, it seems to be fashionable now to admit
to an allergy of some kind (preferably more than one!) My wedding
ring is white gold - nickel white, I strongly suspect, since we had
little to no cash when we married years ago and the ring was
extraordinarily inexpensive, even for those days! Never had a problem
with it.

I’m definitely not decrying those with real allergies, but I think
that quite often if someone had a bit of an itchy feeling once when
they they removed their earrings, all of a sudden they decide that
they have an allergy. Most peculiar to my mind that a person would
actually WANT to have something that limits their life in some way.

Just a note on metal allergies. I have 3 daughters all of whom have
allergies to nickel and copper. They actually blister up and scar
when in contact with these metals. They even have to cover the
buttons on their jeans with duct tape in order to wear them. I use
only fine silver when making pieces for them. There are, truly,
people with real metal allergies.

I, also, agree that many people who claim an allergy to nickel have
none. But it is a genuine problem.

When I trained at the John Cass College in London we all used
nickel-silver (it contained no silver at all) as our metal. About
ten percent of us came out with awful weeping exzema and our tutors
all agreed that this was a shame but they couldn’t afford to use a
substitute. Silver was about $3 an ounce then. A barrier cream
seemed to alleviate the worse problems.

According to te Mayo clinic the symptoms of nickel allergy are.

Rash or bumps on the skin
Itching, which may be severe
Redness or changes in skin color
Dry patches of skin that may resemble a burn
Blisters and draining fluid in severe cases

The are really noticeable on the ears but because of the metal dust
and filings my fellow students would sometimes have redness and
itching up to the elbows.

I’m definitely not decrying those with real allergies, but I think
that quite often if someone had a bit of an itchy feeling once when
they they removed their earrings, all of a sudden they decide that
they have an allergy.

Sorry! I accidentally sent that previous email too soon. Anyhow,
regarding the quote, Janet, I’m glad you mention that.

I do have an allergy - I’m not experienced with alloys yet but I
don’t have to be to know that whatever the mix is, to a point, I
can’t wear it if I’m allergic. I only know that based on the skin
reaction. About a second or less after putting anything other than
a .925 silver (and up) ear wire through, my lobe turns red, swells,
burns and itches terribly. But I can wear most chains and pendants
fine. Clasps are a very mild reaction.

But when selling to others, it just seems to me that so very many
people seem to casually decide (even on the spot, it appears) they
have an allergy before trying it.

Firstly, let me reiterate - I know there are very real and horrible
allergies out there; I sympathise with those who are afflicted, and
entirely understand the difficulties.

Further thinking on the phantom/imaginary allergy problem has led me
to the idea that it can also be an easy out for for people who don’t
want to buy from my booth at art shows. As in “Oh, I love your work,
but I am allergic to silver/copper/gold etc”

I’ve heard that so many times over the years, and I really find it
hard to believe there are that many people with allergies to metals!
Thankfully there are plenty who don’t and who buy my work, bless
’em.

For some reason, many people seem unable just to move on after
studying the pieces on offer without saying something - anything! I
think they meant to be kind…

I had a lot of customers over the years (24) that were allergic to
the nickel in sterling.

There is no nickel in sterling. Never has been. Silver cannot be
alloyed with nickel. If you start with that misso widely
spread, how do I know if a customer has any idea of what they are
talking about? What I assumed over time, women buy silver colored
fashion jewelry, plated ear wires, they have a reaction, and they
are allergic to silver. I asked a lot of questions to try to
understand.

What it came down to, I would sell with complete money back if there
was a problem with their ears getting sensitive.

Many sales, not one return.

A lot of anecdotal evidence.
Kind of dove me more crazy
than I already was.

I’m not sure if I understand the original thread on metal allergies
but If I understand correctly that the discussion is mostly about
nickel allergies, then it’s just a simple matter of facts and math.

Nickel allergies are the most common metal allergies on the planet
and it’s often used in alloys that may touch skin. So there isn’t
much to debate about. According to one study, it’s 12% of all women
who were tested and 6% of all men who were tested. So if the study is
accurate, 18% of the billions of people on the planet is a hell of a
lot of people who cannot wear anything with cheap alloys that use
nickel. I think in Europe they have some rules against using nickel
in white gold due to math and facts.

But 300 dollars an ounce Palladium vs cheap nickel means it’s still
widely used where it is legal. But math and facts are not America’s
strong point so we continue to see nickel while our European
counterparts scratch their heads.

Sadly, since women seem to have more of a chance of being allergic,
and the fact that earrings give more intimate contact going through
ear piercings, we still see nickle being used widely.

Because of the new fitness trackers that you can wear on your
wrists, there has been some new studies about allergies so if
interested check out this article. 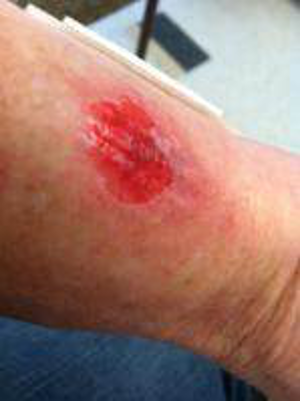 Nickel allergies are on the rise, just like all the others

When future medical historians choose a name for our era, they might call it the “Age of Allergies” due to skyrocketing allergy rates

Have a good weekend,
Rick

There is an alloy called nickel-silver sometimes called German
Silver.

You can, with difficulty, create a silver, copper nickel alloy but
not in proportions that would qualify as sterling.

I think we should have changed the subject a long time ago,
perhaps, but I’ll leave that to someone else.