It’s not for lack of trying. I have been fusing 22 karat gold for 10
years. Enjoyed success but it’s still not consistent. I can fuse
jump rings, no problem, I can fuse bezels and tube, easy. But when I
have prepared the smooth, clean bezel and base and try to fuse them
together I have about a 60% successrate. I alloy the gold myself
using .9999% pure gold and the specific weight required of fine
silver and pure copper. I use an Ultrlight Kiln and have a Smith atmosphere acetylene torch 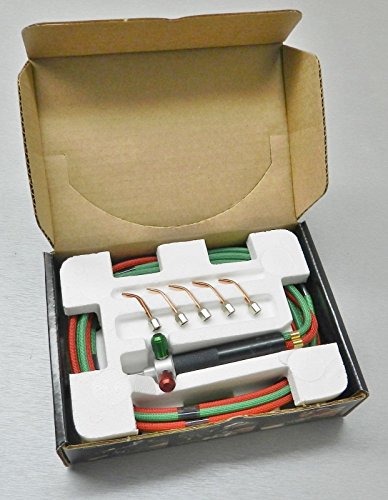 I do my own alloying as well, with my favorite alloy being 22kt red
gold.

It is always difficult to problem solve without actually seeing what
someone is doing, but my guess would be that your torch tip is too
far away from the surface of the metal causing too broad of an area
to heat up. I have always had my best results fusing by heating only
the area being fused. I typically use a propane oxygen Little Torch
for fusing and have great results, but even when using my Smith
torch the blue tip of the flame is almost touching the surface of
the metal.

Good luck with your fusing. I hope that this helps.

Maybe you need more copper salts and less adhesive in the mix?

I will try implementing your advice. Could be what I am doing wrong
because Idefinitely am heating the whole piece first.

Thank you for your advice. I never used copper salt and adhesive
when fusing. I would be interested in learning more about this
method. When I was studying we were taught to make the area to be
fused flush and clean and enriched. How would I use the adhesive and
copper salt?

This is the classical technique for fusing high-karat gold. The
technicalities of the process were rediscovered by Patricia Davidson
and published in the catalog of an important exhibition of ancient
jewelry presented in Boston, New York and Richmond in 1965-66.

In brief, a preparation of a copper salt and an organic adhesive
dissolved in water is used to adhere the pieces together before
placing in the fire. As the pieces heat the adhesive burns, releasing
it’s carbon and creating a reducing atmosphere. The freed carbon
reacts with the copper salt combining with the non-copper ions,
essentially smelting the salt. The freed copper now combines in a
molecule thin layer with the gold creating a surface of slightly
lower carat and thus one that melts at a lower temperature. Now the
pieces will melt at the surface and fuse well before the body of the
pieces reach their liquidus.

This technique is used today for the production of granulated
jewelry, but in the ancient world, before the invention of soldering,
it was how all gold jewelry was made.

The catalog of the exhibition is out of print, but is often
available used from Amazon or even your local used bookseller.

Greek Gold: Jewelry From the Age of Alexander 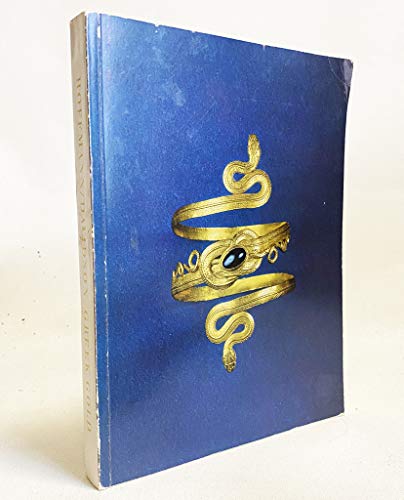 Greek Gold: Jewelry From the Age of Alexander

I have ordered the book. This may be the key to solving
my frustration. I have also dabbled in granulation but never
mastered the art. Hopefully this book will help me with granulation
and fusing.

In reference to the classical technique of 22K “fusion” using copper
salts (more correctly described as eutectic soldering), the
technique was actually “re-discovered” in America by Cleveland
artist John Paul Miller, as is widely known.

Perhaps Patricia Davidson published the technical results first. But
Mr Miller’s granulated 18K piece, a beetle made in 1953 was his
first piece acquired by the Cleveland Museum of Art. He was
knowledgeable about the technique prior to that, having experimented
with it for years. His use of 18K gold was remarkable, as it
requires more control than higher karat golds. In Germany, a number
of goldsmith, using the technique even earlier, in the late1920’s
and 1930’s. Mr. Miller discovered the technique on his own, by
experimentation, having been inspired by seeing the work of German
goldsmith Elisbeth Treskow in particular, and was the only one to do
it successfully in 18K at that time.

The most complete reference on the subject of granulation is Die
Granulation, by Jochem Wolters, published in 1983 in Germany. Both
Davidson and Miller are discussed in it.

Quite right to chide me that John Paul Miller had been making
granulated pieces well before Pat Davidson’s paper. Also, thanks for
reminding me of Elisabeth Treskow’s work. I’ve seen photos of her
pieces in Oppi Untracht’s books and, IIRC, he credits her with the
revitalization of granulation in the 20th century.

The Wolters book would be a great addition to my library. Though
I’ve had little reason to practice my German since grad school, this
book might be a really good excuse. Bit pricey, though.

Thank you for the I tried to find this book translated
into English but was unsuccessful. Do you know of any books written
in English that share the techniques offered in Die Granulation?
During my many years of studying ancient jewelry techniques I took
copious notes. Thank goodness. Except when it came to fusing. It was
so second nature to me that I only wrote fuse this or fuse that. Now
that the method is giving me difficulty I have been searching for
more detailed I have received some very helpful tips so
far (thank you Elliot) but am looking for more leads. Any ideas?

I will focus more on the seam to be fused. Thank you for all you
help.

Thank you for the comment that fusing is not granulation. I
appreciate all the advice about eutectic bonding but I am having
trouble with fusing. Connecting a 22 karat gold, fused, bezel to a
22 karat base/sheet. Nothing else is used except heat from the
acetylene-air torch. The bezel is 6mm in diameter and.015" thick and
the sheet is .020" thick. I make the bezel higher than needed and
the sheet wider. After six years of study and jewelry courses,
fusing was second nature to me but I took a break to earn my GIA GG.
Now I am getting back to it and I think I must be forgetting a
something because I am melting way too many bezels. I can not find
more that a paragraph here and there covering the technique.
Unfortunately my notes are vague and my treasured mentor, Louise
Parrish, has passed away. I embrace ancient jewelry techniques and
fusing is important. I will use solder to finish the final
connections but initially fuse as many connections as possible.

Any tips or thoughts or leads to written material would be greatly
appreciated. I think I remember that I was to enrich (anneal then
pickle 3x’s) but am not sure. The connections are flush and washed
in a detergent/ammonia bath before I attempt to fuse. I have been
using a mini kiln but James kindly advised me to try fusing on a
charcoal block and concentrate the flame on the seams, which I will.
I also ordered Jean Starks book on chain making, as she was the
co-founder of the Kulicke-Stark Academy of Jewelry Art, hoping to
find some on fusing.

Thank you to all the wonderful, kind contributors to Orchid. I feel
very fortunate that such a forum exists.

From what I know mainly from the Oppi book is that you do heat then
pickle them hearty them pickle tree times. It brings the copper to
the surface then you fuse then and the surface metal melts just a
scoash lower than the gold. Good luck.

Thank you for wishing me good luck. I pulled out Oppi Untracht’s
book. Read plenty about depletion gilding (heating and pickling
3x’s) but only in relation to granulation, where a copper coating
and a hide glue or similar is used. I read pages 341-363. But I will
definitely try the depletion gilding and maybe even try copper
plating the bezel. Thank you to everyone who has helped me try to
retrieve my memory. I think I am going to re-read my notes too. Kind
regards, Lois

Just wanted to follow up that I have been researching and reading
kindly offered on previous posts. I have found some
interesting articles:

English translation of “The Ancient Craft of Granulation” by Jochem
Wolters

About to make verdigris, anyone have success with this? Looking to
make or find powdered copper salts, any suggestions? Anyone have a
lead for gum tragacanth? Thank you.

Anyone who sells enamels should have gum traganth

Most folks who make their own verdigris make copper acetate, because
vinegar is readily available and non-toxic. You can also buy it
online from several chemical supply companies.

If you google for gum tragacanth you’ll find lots of suppliers.

Fine art stores sell pure pigments that are often elemental - you
will find cupric salts there. Gum tragacanth is cheapest from
Frontier herbs in bulk .It was originally what chemists used to make
dissolving throat lozenges, as well as having a bunch of other
applications both food and non-food. I use it for granulation.
besides buying in bulk, it too is sold at well stocked art supply
stores in smaller than half-pound (US measure) quantities. Some old
fashioned pharmacies in the US still stock it in their simples dept.
(beside the water glass, rose water and sweet almond oil!) but those
merchants are becoming fewer and fewer sadly.

Some international grocers also carry it as it is used in
blancmanges, and other dishes, soups and preparations requiring
thickening. It is an easy to use gum ordinarily already powdered. If
you get it raw it can be a pain in the butt having to grind it and
sift it after cleaning any botanical residues off the gum’s resin
"chunks" surfaces. so go for the powdered form it’s more common
anyway. One international store near me sells a very small 2 oz.
container for about 3 dollars (made in India) whereas the art store
is I believe an 8 oz. foil laminate bag for around 18 dollars US
(plus taxes, etc.) in the section in which the hide glue, copal gum
crystals, shellac flake and other natural substances are located.
Good luck- it is great stuff for many things!..rer

thank you for sharing this! It’s wonderful!