The artist: Cek is a self thought artist living in Istanbul, Turkey.

my jewelry is made up of junk.

materials good for nothing… found objects of no value.
bits and pieces of rejected, thrown away, trashed
things that can only be found in a junkyard.

junkyard though, is the most prominent museum of the modern society, to my poor opinion.

these are worthless objects for sure.
of no importance or value…

however i admire them. i find a value in every rejected, out of date object; let it be historical or aesthetical. i give them some thought, some labor.
i love them.

so i reshape and assemble them.

i turn them into raw materials of sculpture.
so they become small body sculptures…
you can put them on.

the objects come in singles. rarely in couples.
so they are one and only.
unique and personal.

infamous trash yard of Jerusalem…
the hell in both worlds.

the south west valley of the old city just outside the city walls, where everything wasted and damned were jammed into, where the executions took place, where the dead bodies were burnt for ever, where every living and dead thing felt rejected, discarded, wasted and thrown away out of this world.

where fear, fire and and eternal punishment prevailed and the souls suffered forever.

so almost every religion originated from the middle east, showed gehenna as the actual example of hell on earth… still bearing the confusion if gehenna is the real hell they mentioned or just a demonstration of the afterlife redemption.

what i am sure of is, every wasted object, every trash yard has a cultural link to this origin, and has a soul that will suffer forever, in the gehenna manner.

the only thing i can do is to forgive some of them, and name them after gehenna.

it can be saved and taken care of as long as it is politically feasible, otherwise it is just a piece of trash, dead meat, vulture food or soil mixture that only insects and worms pay interest into.

of all the creatures that exist on the face of the earth, only humans don’t know how to use and share sources logically, even though logic is referred as a creation of man. but the rest of nature has an upper logic, that works as a natural reflex rather than remaining controversial.

so people dispose people.
humans dispose human bodies all over the place.

this must be the reason why individuals tend to decorate
their bodies. they make themselves different from the others,
they try to convey a message by their decorations…
that they are worth considering,
asking for comprehension…that they are indispensable.

i use disposable objects to make decorations, badges, symbols and body sculptures for the sake of who think they are indispensable.

that’s all i guess.

the artist wearing a piece 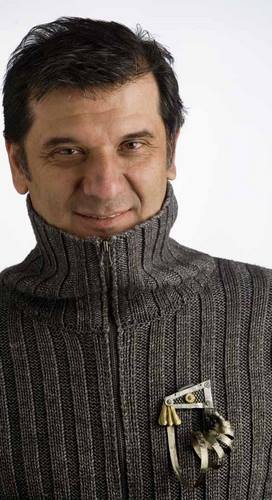 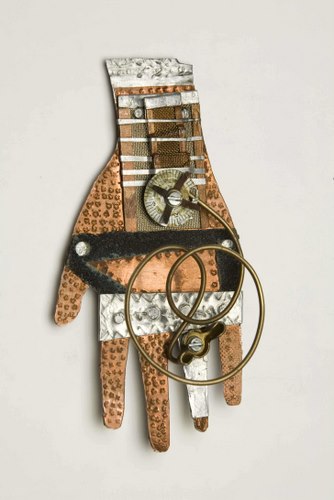 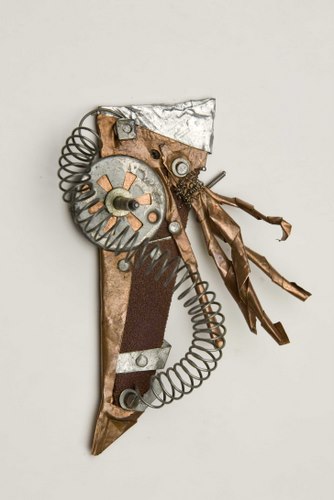 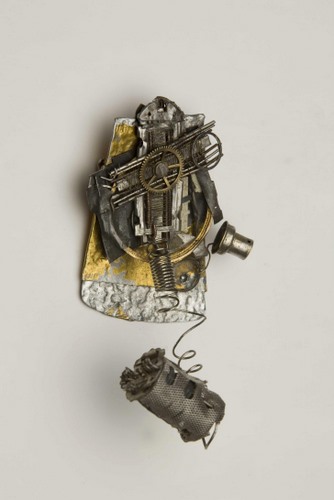 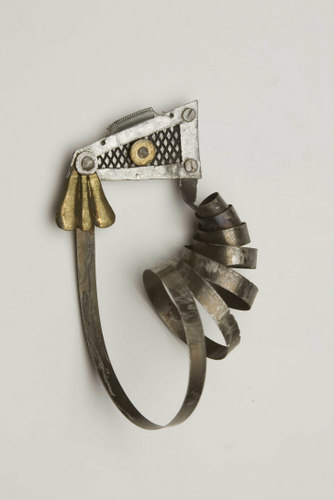 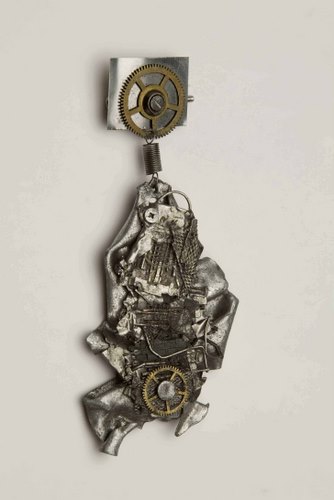 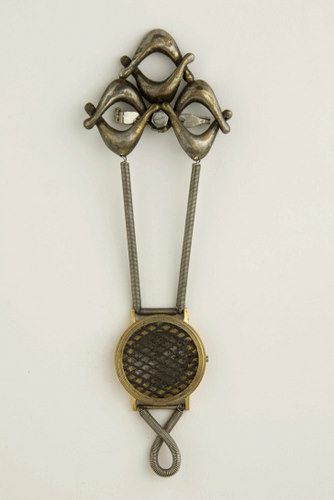 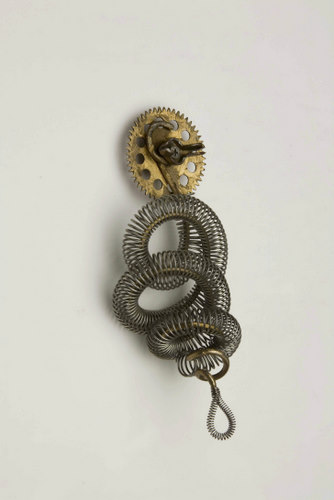 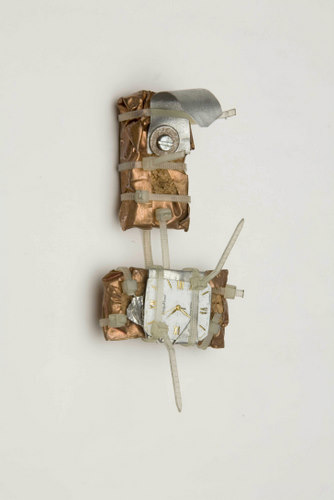 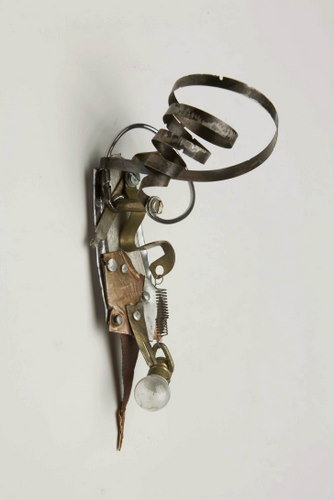 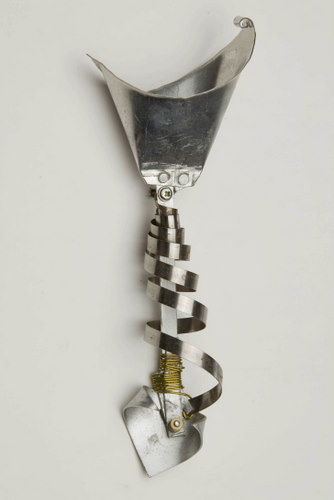 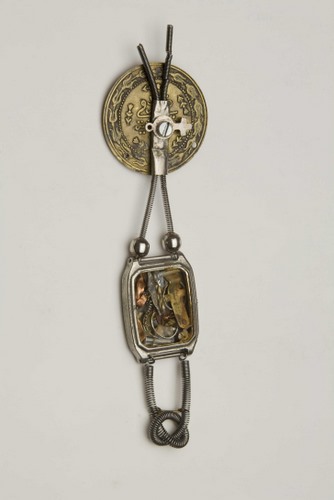 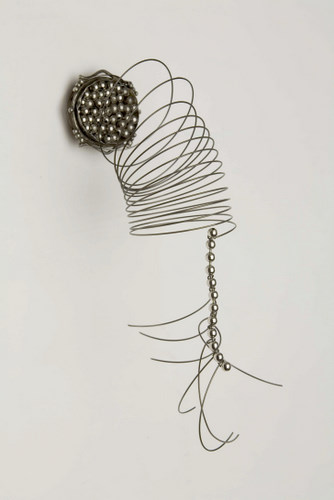