Can anyone identify "This Old Wax"?

Hello all, but especially the Old Timers like me for this topic.

I have a favorite wax I have been using off and on since around
1976, but I am about out of it. I have not been able to find more for
sale, as I don’t know who made it, where I got it or what it was
called, and have been unable to find a replacement. I will post
links to 2 pictures so you can see it. It is the 2 short pieces of
golden amber colored wax in each photo: 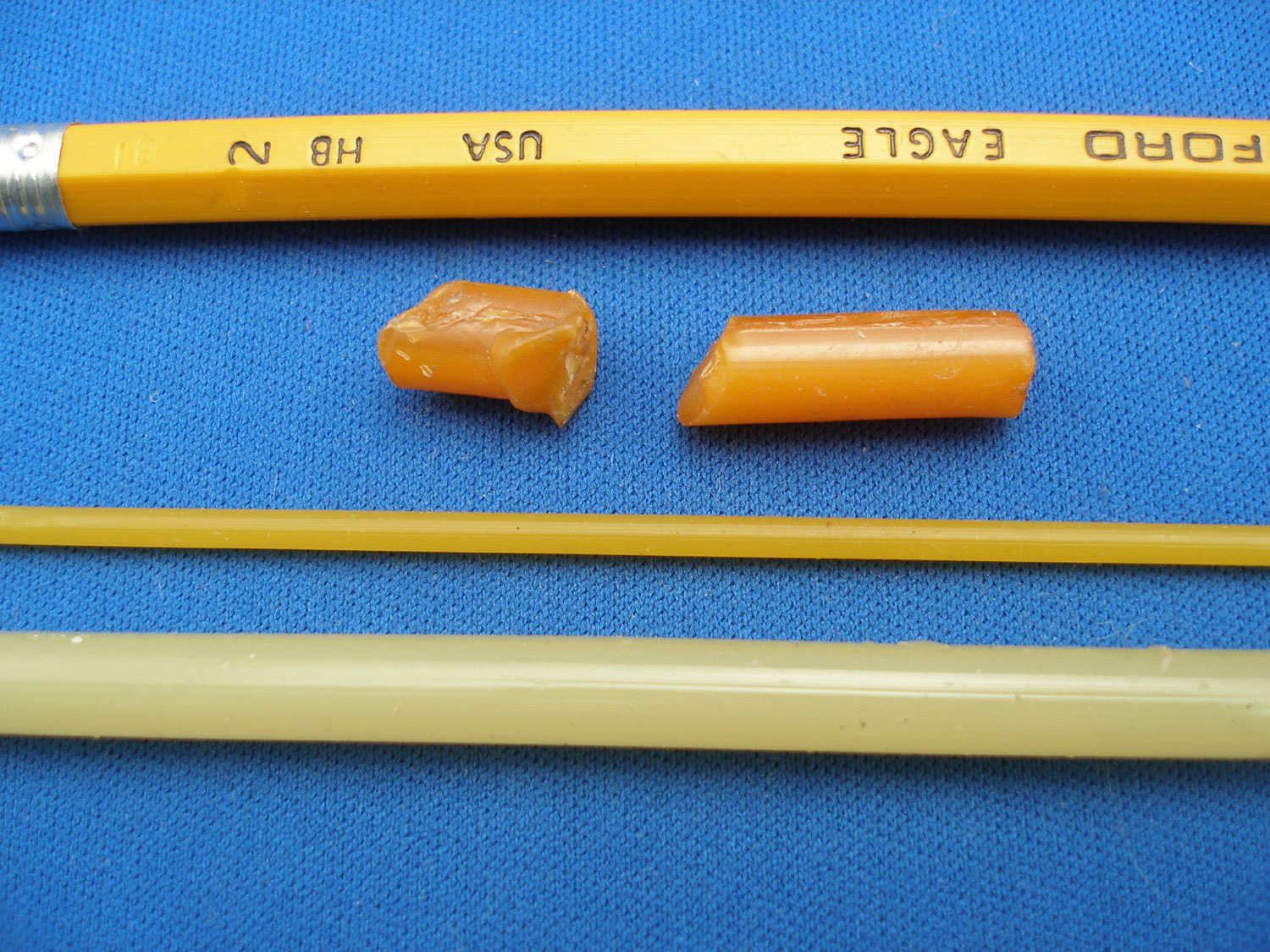 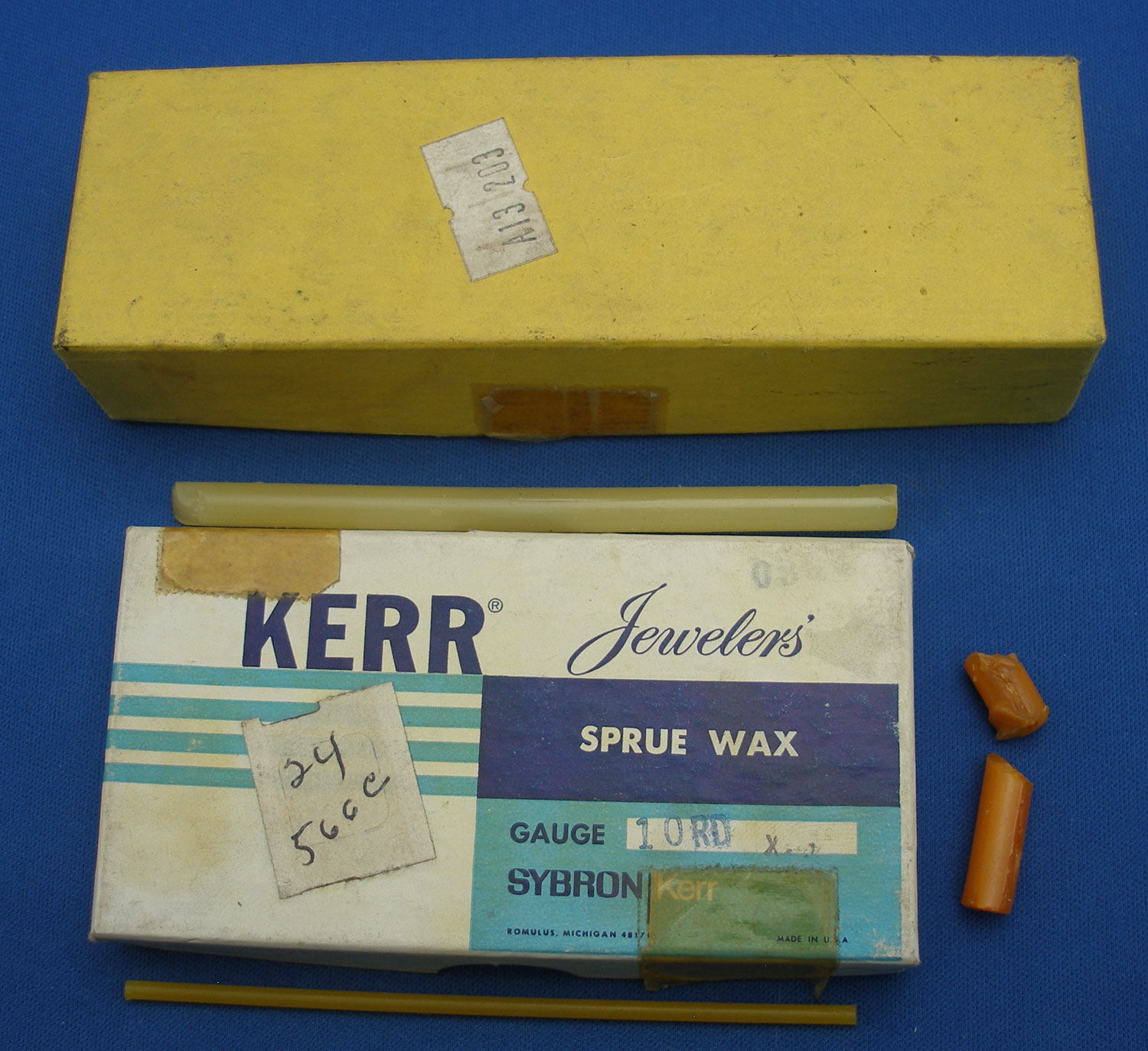 It is pictured with 10 Ga Kerr sprue wax and sticky wax to show the
difference in color, and similarities in appearance. It came in
sticks the same length as the other 2 waxes pictured. The 2 little
pieces is all I have left.

I use this wax in building up detail on a wax pattern, by melting it
onto a spatula shaped wax tool which I have heated over the flame of
an alcohol lamp, and then depositing it in desired shapes on my
pattern as the tool cools. The qualities of this particular wax that
I like are that it is fairly thick when liquid so it does not run all
over my pattern, and I can control where I deposit it fairly easily.
Since it is thick I can build up my shapes faster than I can with a
thinner wax liquid. And it solidifies fairly hard, so the detail is
not easily smudged by simply touching itlater.

The other 2 waxes in the pictures have similar thickness (but not as
thick) when worked liquid, but are quite soft and easily deformed
by pressure if they get touched later on. I have also tried a
carvable blue injection wax, and several other hard waxes, but none
of them work quite the same. I would really like to get some more of
this stuff. Obviously I am not going through it very quickly. One
box has lasted me 35 years!

Does anyone recognize it, and possibly have some I could beg,
borrow, or steal?

I used to carve model soldiers in wax and used Freeman Manufacturing
and Supply to purchase my waxes. They might recognize your wax.

Check at Rio Grande for this Kerr wax.

I don’t know if it comes in this color but they do have other
colors.

Yeah, Ken, that was my thought too. It’s worth adding that as it gets
older, bees wax gets harder too, so if that old chunk seems much
harder and stiffer than a new chunk, that’s quite consistent with
the stuff.

Or even the shellac used for lapidary.

Paul, I was thinking the same as Ken, it looks like Bees Wax. I
found a one pound chunk of it in my mother’s weaving room. It is in
bulk form, but I could send you some to see if it is what you are
looking for. Doesn’t say Kerr. Let me know off line.

It looks just like sticky wax I have in my shop.

I had a few sticks in a box.
It’s in the mail to you today.