I have found etsy to be very positive. I am also participating in
some of the indie fairs in larger cities. I have also seen Lark books
people at the fair scoping out the indie scene. Perhaps there will be
a book about that in the future.

I have had inclusions in magazines and newspapers due to etsy that I
wouldn’t have had otherwise. I like the venue and it beats the work
being in a box waiting for the next fair or sitting in a case. The
more eyes on the piece the more potential sales. 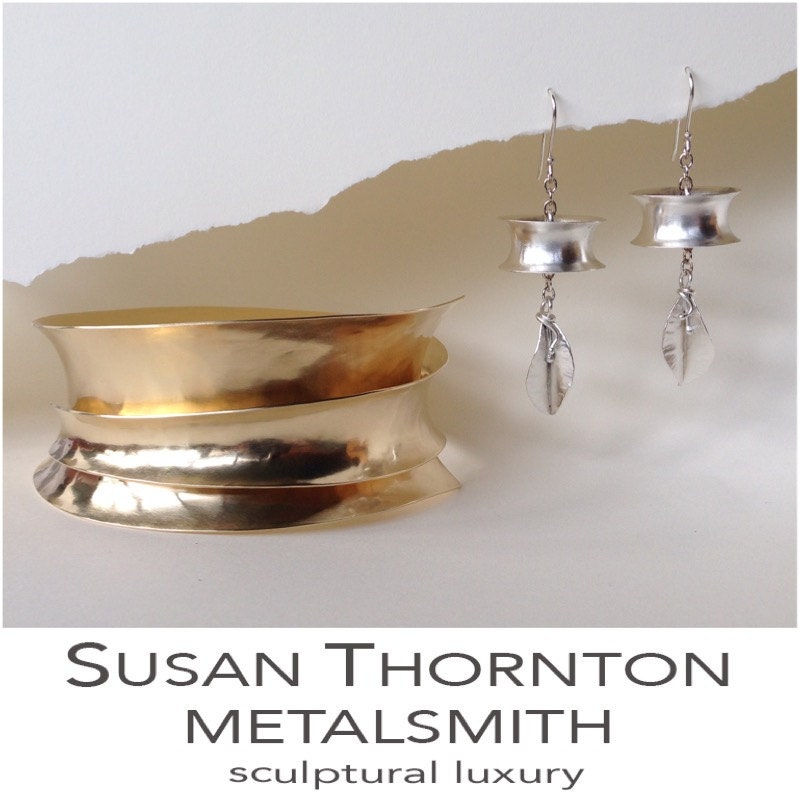 Browse unique items from ThorntonMetals on Etsy, a global marketplace of handmade, vintage and creative goods.

I want to say thank you to all who shared their experiences with
Etsy. (I think I responded to everyone individually, but just in
case…) I received many responses, and of course could use only a
portion. It’s a pretty short article.

When I get time, and if anyone wants them (let me know), I will
compile the responses for you all (leaving senders anonymous). On the
whole, they were helpful, interesting and encouraging about Etsy.

That’s useful to know. I have an Etsy store but as yet haven’t sold
anything and that’s why I didn’t reply to your post. My items have
been marked as favourites but as yet my store is too static - I’ve
not listed anything new for a while due to other priorities taking
over. Many people have told me that listing things regularly is the
way to get noticed and that the seven items I have for sale at the
moment is not enough choice, which of course I realise. I’m looking
forward to being able to make and list more items for sale soon, just
so long as I can get the other priorities sorted out first, and I’d
be very interested to read your compilation of the responses you
received.

I’d like to see the compiled responses. I have an Etsy shop, but I
have yet to list anything. I would like to get it started after I
have enough pieces to list periodically. I’m still in the midst of
learning many jewelry making techniques. So it would be helpful to
get some insight from the folks around Orchid and see what their
experiences have been like.

I am in a similar position. I, too, have an account, but never set
it up. I would also like to see your compiled responses.

I have responded to the Etsy posts from people wanting things made to
order. From the majority of posters to that category people want
something for nothing- one i recall was a poster that wanted an 18
karat wedding band custom made to the all too common eternity sytle
band with stones full round the band. She wanted to pay 250.00 each
(2 bands one sized 11 for her fiance’ and a size 7 for herself)! I
replied and told her that her offer wouldn’t cover the metals
necessary and that Wal-mart may be more appropriate, and even then
she would be looking at 1,000 each-if on sale!

From other etsy account holders, one that was an e-commerce client
(I consulted with her in a range of topics from SEO to international
marketing, sourcing and installing a live chat client) and a handfull
that were seeking website design advice, all of them had sold very
little save for one that kept her price point around the $25.00 mark

There seems to be little to drive search engines to etsy as well as
poor promotion of the site in general. I for one don’t see it as a
viable website for anyone interested in promoting their business on
a small scale unless you are experienced enough with web design, SEO
and targeting various search engines with submissions and tags to
make it worth the effort, and even then the majority of site members
don’t know the basics of ethical practises and use it, as I said for
inspiration… Etsy isn’t for me, and I don’t recommend it to people
that ask me my opinion on joining as it exists at this point in
time…

If you really want to see the disgruntled and frustrated artists
that are tired of the unprofessional aspects of etsy, visit
etsybitch.com.